The Revolutionary spirit is accounted for.

The Revolutionary spirit is harnessed and steered. 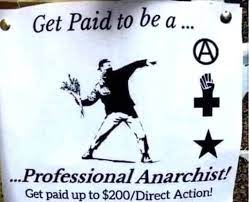 The radical revolutionary groups which control all opposition to globalism are run by the revolutionary by numbers school of Direct Action, organized and funded Template Protest. 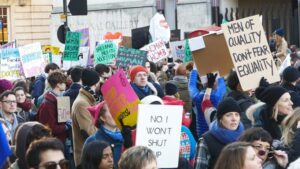 Article on the recent steering of “Protest”:

The globalist backed antiglobalists work for all the globalist goals whether it is the Direct Action Pantomime of useful idiots glueing themsleves to roads, throwing soup at paintings or disrupting council public meetings.

These actions are theatre, nothing more. They are however backed by change agents in all areas of controlled dissent.

They prevent all useful opposition

They are using the soundbites, slogans and billboards given to them by those they appear to oppose

Those that appear to oppose the Soros backed revolutionary groups are steered in the same way.

All moods are catered for.

This system of controlled opposition is very thorough in selecting its chosen soundbites and allowed dissent.

Direct Action theatre includes hijacking public meetings and appealing to those in the room who oppose the impositions such as Low Traffic Neighbourhoods.

The effective way of dealing with this issue is then removed and those implementing it without consultation have further excuses not to interact with the public.

It gives those who could have been held accountable an easy way out. They can shut down public meetings and disappear from public view until after these restrictions have been implemented.

The Radical Marxists are the front line tools of the Globalists.

These offspring of the Global Action Plan are planted everywhere.

The Bolsheviks who murdered up to 100 million Russians are behind the same disruption you are being lead into.

This is the World Revolutionary Movement now known as UN Agenda 2030 and Sustainable Development. 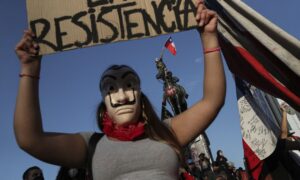 The inner core of hardline agitators are known as “Dragons”, these target anyone who they see as a threat and use terrorist tactics. They are supported even by the police, sometimes arrested and de arrested to make them look more legitimate.

The New Age “don’t be negative” types enable the radical Marxists and are all on board with the controlling of the narrative for the intended outcome of the Global Action Plan. Those that do not oppose accept, those who do not deny accept.

With such a simple set of rules one would think that this simple system might have been exposed but it is still the template for all protest and opposition in the UK and indeed around the world. 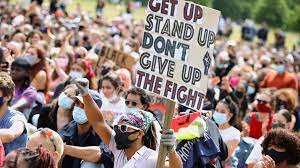 Globalist slogans such as

All part of the controlled “Protest” handbook.

Means that the steered groups are always ready for their next time wasting exercise.

The World Revolutionary Movement captures the directionless and disables those who believe they have one.

It only takes one loud mouthed Direct Action Actor to steer a large group.

The Protest Groups all have agents and dragons assigned to them.

If you are planning something stay off the radar of public groups. All this has been covered in our shows along with the tactics used.

Solutions are the enemy of the World Revolutionary Movement and their drone armies.

THESE ARTICLES AND SHOWS BELOW CONTAIN ESSENTIAL INFORMATION.

Your Community of Communism

How to oppose LTN’S and UK Councils

Some useful links and background info

The Plan to Rule the World

When people support the likes of Globalist Revolutionary Russell Brand or any other allowed gate keeping voice of fake dissent and pied piper you now know why they are there, act accordingly.