Nothing in this system can be done without Consent, however even implied consent has to be gained without imposition, circumvention, surprise or undue influence.

Without deliberation and balance it is to be treated as a delusion. 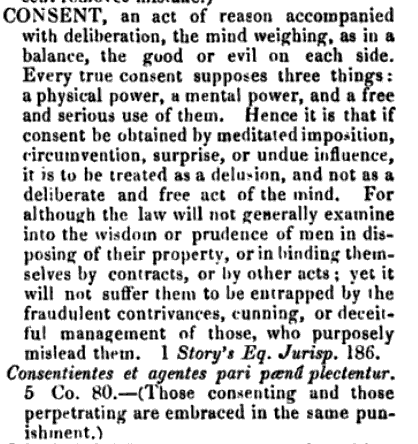 We reported that the Covid, Anti Lockdown “movement” appears to have no strategy or direction. Those that are easily lead can be easily lead.

Another show describes how the public are steered into more totalitarianism by template protest groups, fake diversity and identitarians.

We have also covered how groups and small venues  are taken over by change agents and also property developers and corporate lobbyists. The local council do it under Local Action Groups, the state do it under “Protest Groups”, like the Peoples Assembly. They control the narrative further through Citizens Assemblies.

This does not mean those who attend events are part of that, they are however being used and unwittingly get steered as in Occupy, where hard hitting facts about the financial system were sidelined in favour of the corporate and UN goals based on climate change and furthered by sustainable development.

Unfortunately many  of the energetic and well meaning  are being steered by the same manipulating forces as is usual in the Big Society Communitarian system which is imposed from the top but states it comes from “grassroots” and “the people”.

The corporate nature of  the now promoted “citizen activism” is steered quite easily.

A confident change agent working for a lobbying group or corporation arrives as an “activist”.

Bandwagon jumpers are also recruited, these always have their own agenda. Narcissists are always the useful idiots and are used to front  operations.

The change agent takes up a leading role and controls the narrative, or is there to steer an agenda.

An example of this is when corporates or property developers send in “activists” to squat or take over buildings for the “community”.

See Small Charities and Venues Under Attack on how paid “activists” take over existing community buildings for corporates and property developers. Even local councils are involved.

See Inside Occupy and The Bank of Ideas.(2012) A fake squat in a USB Bank in the City of London used to promote “Climate Camp Action”, a police undercover operation to steer Occupy into The Climate Change Agenda. “Climate Camp Action” also controlled and took all of Occupy St. Pauls money and put it into Climate Camp Action bank account.  The “facilitator” in the “General Assembly” (steering process using Delphi Technique) in the above film is undercover cop Mark Weaver, check out his one dreadlock and fake clip on ear piece. Unlaced Doc Martens, ripped jeans and a German Army coat were also popular at the time . Weaver has recently resurfaced as a DJ doing remixes. Check out  Undercover cop DJ

At 10.50 in the film “Inside Occupy…” Green and Black Cross  are mentioned, which is a group of solicitors and Green “activists” who are partnered with “Climate Camp Action”.

Their meetings along with many other activist groups were at  London Action Resource Centre  62 Fieldgate street, Whitechapel, London E1 1ES.

This venue hosted Climate Camp Action meetings which were attended by undercover cop “Dave Jones” who is named in the Undercover Police Inquiry.

The Bank of Ideas Ltd, the fake squat with police and state “actorvists”  was registered by a “Daisy Golding” at London Action Resource Centre. (See film)

Saskia Kent  can be heard using the controlled opposition mantra coined by Climate Camp/ Green and Black Cross, ” This is what democracy looks like”, really?

Saskia Kent was a Common Purpose trained change agent embedded in corporate green activities and East Anglia University where  the climate change agenda is heavily promoted. It is also the home of the “Climategate” e mail scandal, Saskia was a big corporate player in the “Green Movement”.

When we made the film Saskia Kent pulled much of her content from the internet. There are however plenty of these corporate sponsored professional “activists”, they are unimaginative, repetitive but belligerent and over confident. Like Saskia they often just read out soundbites from a script. Check out the soundbites of Saskia Kent in the above films.

From the Green and Black Cross/ Climate Camp blog:
The Network for Climate Action came out of the Camps for Climate Action…
It targets industry giants profiting from the climate crisis, and raises awareness of the need to fly less.
(The same aim as Extinction Rebellion)
Green and Black Cross: Common Philosophy
“We believe in and support the kind of democratic change that comes from below…
For this reason we share a tradition and commitment to non-hierarchy and collective decision making”.
(“Consensus” meetings using steering and “Delphi Technique”. Decisions are made beforehand and an illusion of participation is given)
“Green and Black Cross has not been set up to direct a movement. Instead our role is one of support and developing the strength of movements through the practice of non hierarchy and mutual aid.”
(Infiltration and controlling the narrative).

Stand Up X, now seem to take over the narrative of “protests” wherever they appear. Their speakers are not very credible and are just repeating what most people attending already know.

They have no strategy and have so far achieved nothing. However, the police are using the protests for information gathering through arrests and identifying “ringleaders” at the events.

“Activists” can be used for steering agendas and setting up “communities” in venues.

Property developers and lobbying groups are known for  recruiting and steering groups and individuals. For example the group use identity politics or group think principles against the legal owners of a building or existing group and can use any political agenda to demonize the innocent parties or legal owners.

This is Communitarianism, in reality totalitarianism. It is happening all over the country and will increase as the Covid Action Plan continues to tighten its grip.

The generalized themes of having no aim or strategy mixed with surveillance is a good enough excuse for their existence.

To unknowingly endorse an organization with these links is in itself irresponsible but to knowingly do it is worse and questionable.

There are a variety of speakers at these events and one that suddenly appeared and is at many of the events is property management specialist Simone Marshall who was/is Development Manager of  Public Sector PLC. (Her profile was recently removed from Public Sector PLC)

These screen shots are from September 20th 2020. 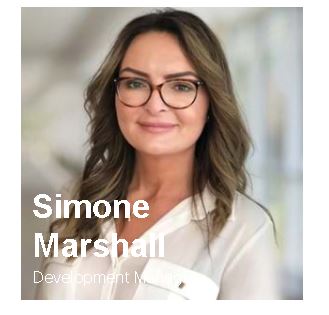 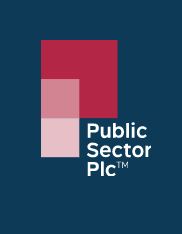 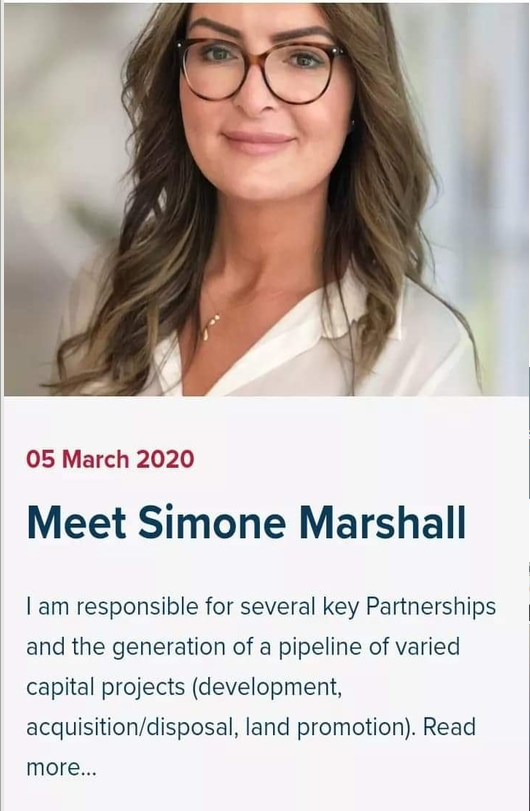 Simone Letitia Marshall like many others has gone all “Common Law” and joined the Common Law Court which appears to be just a data gathering website. She is currently promoting the collectivist, template “Community Assemblies”.

The “Freeman” and “Common Law”, “Magna Carta” angle is being repeated all over the country and was covered in our show: What is Common Law?. Without legal context this just makes it easy for the police to label people as “conspiracy theorists”.

Over ten years ago these arguments were introduced and without real context, this and the “Freeman” approach was used by the state to imprison people and take their property.

The partnership between corporate and “activist” is now big business and it is not just the likes of George Soros and his Open Society funding the corporate lobbying and identity groups. Having investigated the whole industry it is a massive business and global governance steering tool as we have reported in our shows over many years. In fact it is impossible for any large movement not to be steered which is why groups with names always get assimilated.

So, the template of Corporate Interests using activist movements is nothing new and mirrors what has happened before and what will happen again, and again and again.

The logo used by Stand Up X and their bill matter: 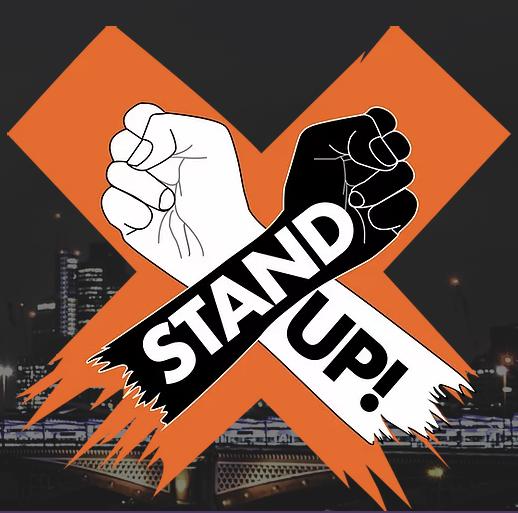 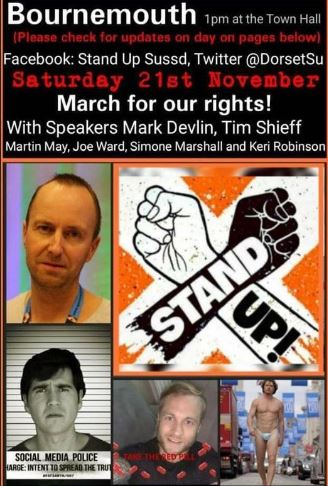 The Stand Up X logo screams “Fake Revolutionary Spirit”. Many people who attend these events are being photographed, arrested and getting their doors knocked on by the police. The police are becoming more and more intolerant and enabled by the Covid Action Plan are enforcing a heavy handed clampdown.

Without direction or strategy things will only get worse.

Template Protest Social Engineers use the same old template for everything.

The same as Occupy, Climate Camp, and what became Extinction Rebellion, they are all Agents of Social Engineering partnered with Corporate interests.

The “Grassroots” movements which have been up until now promoted in the UK are invented empty shells for agendas and  are partnerships between corporations, intelligence agencies, police and globalists. How many fake protest groups are funded by Open Society? Check it out…

“The Revolutionary Spirit” is part of The Global Action Plan which we have covered in many shows. It is for energy harvesting, surveillance, manipulation and divide and rule. See the links below.

Whenever we have exposed these organizations in the past they always accuse you of what they are doing. They use Saul Alinsky Rules which all came from the Big Society in 2010. This is Communitarianism.

So, are we seeing anything that can possibly succeed?

Not in these current protests as the agenda being played out is very far advanced.

Is it possible to succeed?

Yes, it absolutely is

So, the best way to effect real change is to remain unaffiliated and work collectively as individuals in small cells for a common goal. Once that goal is achieved move onto the next one.

When someone turns up and wants to take over you might want to say “We have no leaders” and “We are individuals acting collectively” or “What suggestions do you have for us?”. The you can see what they really have to offer!

We are an unaffiliated group of local residents concerned about the lack of democratic process in local government planning and policy.

We will remain unaffiliated as individuals acting collectively and within the law towards a truly inclusive democratic process where all voices are heard.

We are not affiliated with any group or organization whatsoever.

This does not mean that we do or do not endorse other groups.

We do not agree with arriving at a “Consensus” through being steered into predetermined outcomes by trained facilitators either working for the council or public/private partnerships.

We deem this to be against the public interest and an affront to democracy.

The Puppet Masters of Protest

A show from 2014 on how myself, David Shayler and others were demonized by a group of state backed subversives.