Climate Science is NOT Settled

SCROLL DOWN FOR FURTHER UPDATES

For at least a decade we have been told by the UN/IPCC, by most government media and officials, by many politicians, and by the Green “charities” and their media friends that “the science is settled”.

We are lectured by Hollywood stars, failed politicians and billionaire speculators that anyone who opposes the World War on Carbon Dioxide is ignorant, mischievous or supporting some hidden vested interest. We endure calls for an end to free speech for climate sceptics, smearing with derogatory terms like “denier”, and even aggressive punishments like dismissal and legal action against sceptics for speaking out. The new low is the use of anti-racketeer legislation against sceptics: RICO against Climate Deniers

We notice the sudden and unexplained denial of pre-booked sceptic conference facilities and the steadfast refusal of alarmists to debate facts and issues.

Why are they so afraid of words? Surely this is a sign that their facts are shonky and their arguments are feeble? They fear they are losing the confidence of the public.

The tide is turning, and informed opposition is growing. It is time for the thinking media to give sceptical evidence and conclusions a fair go in the court of public opinion.

In a short time with no costly international meetings and very little publicity, Clexit has gathered the support of over 115 members in 20 countries. Please look at the list of Foundation Members and countries: clexit pdf

Look at the skills, qualifications, experience and wisdom of our founding members; and the many other well-qualified dissenters listed at the end. The science is not settled.

This global warming alarm started with UN sponsored groups such as the IPCC. But Clexit has members who were official IPCC reviewers but they dissented from the final public IPCC reports which were prepared by political appointees.

We are told that Earth’s climate is controlled by the gradual increase of a tiny trace of one colourless gas in the atmosphere. But Clexit has specialists who can show that the warm and cold currents in the deep and extensive oceans, the variable water vapour in the atmosphere and Earth’s changing cover of ice, snow and clouds have far more effect on weather and climate than carbon dioxide.

We are told that carbon dioxide is a pollutant. But Clexit has organic chemists, biologists, physicians, naturalists, graziers, foresters and farmers who know that extra carbon dioxide in the atmosphere is very beneficial for Earth’s biosphere – deserts are contracting, bush and forests are expanding, and crop yields are up.

We are told that sea levels are rising alarmingly. But Clexit has experts on sea level history and measurement who can prove that there is nothing unusual or alarming about current fluctuations in sea levels.

We are told that today’s climate is extreme and unusual. But Clexit has geologists and geographers who have studied eons of climate history via ice cores, stratigraphy, paleontology, deep-sea drilling, historical records, glaciers, ice sheets and landscapes and who say that climate change is normal and today’s climate is not extreme or unusual.

We are told to fear the coming global warming. But Clexit has geologists and researchers who have studied the cycles of the ice ages and the climate effects of the Milankovitch cycles in Earth’s orbit – obliquity, eccentricity and precession. They say we have passed the peak of this modern warm era and the long-term trend is now towards global cooling. We will still have short-term periods of hot and extreme weather, and some heat records may still be broken, but the 1,000 year climate averages are trending down towards the next glacial epoch of the Pleistocene Ice Age.

We are told that global warming threatens human health, and even our survival as a species, but Clexit has medical researchers who point to evidence that exposure to cold remains up to twenty times more lethal than exposure to heat. And Clexit has farmers who know that global cooling will slash food production, quickly causing hunger and starvation.

We are told repeatedly that the Great Barrier Reef is doomed by dangers that change annually – rising seas, river sediments, warm seas, ocean acidity, fertiliser run-off, coal port development, over-fishing or marauding star-fish. But Clexit has qualified members who have studied oceanography and ancient and modern corals and report that the Reef is healthy, and corals have survived far more dramatic changes in sea levels and climate in the past.

Solar cycles get no consideration in the IPCC climate models but Clexit has astro-physicists and long range weather forecasters who have demonstrated that solar and lunar cycles have big effects on Earth’s climate and weather cycles. In addition, while billions of dollars are spent fruitlessly on failed climate models and endless climate conferences, little is known about the strings of undersea volcanoes or how much geothermal heat is released from Earth’s molten interior during orogenic upheavals.

We are told that we must embrace green energy. But Clexit has power engineers and logistics experts who say that wind and solar can never run modern industrial societies, modern transport or big cities. Such a policy is a recipe for blackouts and starvation. Clexit also has naturalists and conservationists who see more harm than good in extensive wind, solar and bio-fuel developments.

Finally, we are told that to save the world we need to hand powerful taxing and regulating powers to unelected officials of the United Nations. But Clexit has politicians, bureaucrats, businessmen, columnists, lawyers, army officers and bloggers who see that this political agenda will destroy the freedoms we cherish.

Many Clexit members have held very senior positions in research, industry or academia but no longer have sensitive positions, careers or incomes to protect, so are free to express honest opinions, which they have done by supporting “Clexit”.

We ask the media to give our soundly-based dissenting conclusions a fair hearing – there are two sides to most stories, but only one side is being aired.

The Clexit initiative was launched with no budget, promises or funds. So, unlike the alarmists with an agenda, those receiving rivers of government funds and those posing as tax-exempt charities, we cannot afford massive advertising costs.

We hope, in the interests of fair play, you see fit to give our valid concerns some space in the free media.

Note: The first informal meeting of many Clexit members will take place in London on Sept 8/9, 2016 at this conference (whose first booked venue was suddenly withdrawn):
London-conference-2016

Disclosure: The formation of Clexit was not prompted or supported by any industry, corporation, group or lobby nor have they had any say in our statements or conclusions.

The Clexit Coalition grows and will not be silenced.

Harmful, Costly, Unscientific Climate Treaties should be torn up:

More countries need politicians like Australian senator Malcolm Roberts. This is his recent speech to the Australian Senate.

His knowledge of the agenda behind the Climate Change agenda is spot on:

Here is the link  to all lectures from the 2016 Climate Conference which was banned by UCL in London and relocated to Conway hall who would not even post the event on their website. This censorship is entirely unacceptable and shows the dirty tricks and political agenda used by the Climate Change Lobbyists who are using manufactured consensus  to tax, enslave and control the worlds population on the back of an outrageous lie.

The Clexit Coalition has called on the Australian Government to conduct a plebiscite on whether Australia should withdraw from the Paris Climate Treaty.

The Clexit (ClimateExit) Coalition, comprising over 170 representatives from 25 countries, was launched in London last week. It aims to prevent ratification or local enforcement of the UN Paris climate treaty.

Mr Australian Secretary of Clexit, Mr Viv Forbes, said that Australia is particularly vulnerable to the destructive energy policies being promoted in the UN’s war on carbon fuels.

“Australia is a huge continent in a far corner of the world, suffering from what that great historian Geoffrey Blainey called ‘The Tyranny of Distance’.

“Since the days of the gold rush and the wool boom, we have always relied on production, transport, processing and export from our remote mines and farms to distant markets – gold and silver, wool and wheat, lead and zinc, butter and cheese, copper and aluminium, beef and lamb, iron ore and coking coal, timber and fruit, natural gas and thermal coal, cement and steel. These widely scattered industries and the factories and refineries dependent on them rely heavily on two things – efficient transport and reliable low-cost electricity.

“How do green dreamers plan to power the bulk carriers, tankers, container ships, railways, road trains, trucks, tractors, draglines, dozers and pumps on wind/solar power? “Carbon-free transport” would be the economic equivalent of returning to the costly and unreliable days of windmills, bullock teams, draught horses, sulkies and sailing ships.

“The same applies to “renewable energy” which is unreliable, intermittent and costly. Without nuclear or new hydro-power, there is Buckley’s chance that carbon-free energy can supply low-cost reliable electricity for Australian mines, farms, trains, planes, cities, refineries and heavy industry.

“Before subjecting Australia to these disastrous energy policies, Australians should be given a choice. If we deserve a Plebiscite on gay marriage, which affects a minority of people, we certainly need a Paris Plebiscite before the futile war on carbon fuels destroys our backbone industries and their jobs.

“With hostility to the Paris Treaty in Poland, doubts in France Britain and America, hesitation by the EU, pretend-participation by China and India, and real opposition in the new Australian parliament, Aussies should pause.

“Let’s see evidence, a real debate, and a vote.”

French Presidential candidate Nicolas Sarkozy reckons that climate change is not caused by man and that the world has far bigger problems on its hands than global warming:
http://www.thelocal.fr/20160915/sarkozy-turns-climate-sceptic-in-battle-for-the-elyse

EU fails to agree on ratification of the Paris deal:
http://www.thegwpf.com/eu-fails-to-agree-on-ratification-of-paris-climate-deal/

No Rise in Sea Levels for 70 Years

Climate Change: Nothing to Fear

Windows on the World receives no funding and supplies information the mainstream media will not.

Please support WOTW if you can. 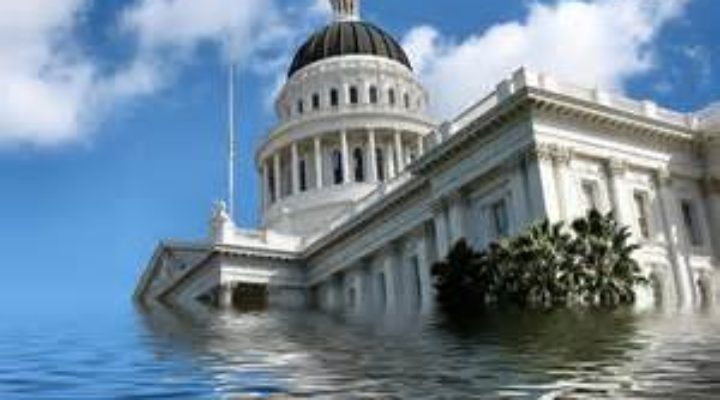 Climate Change ? No rise in sea levels for 70 years