Patrick Hollis, A “journalist” on the Welsh local newspaper Cambrian News incited a protest against a public interest talk on issues which affected the lives of residents in the village of Fairbourne in North Wales. Mr Hollis was given all the facts about the public interest event but showed unprofessional bias and promoted the views of an uninformed lobbyist and a couple of quotes from others who knew little about the issue.

The talks were  about the decommissioning of Fairbourne over the next 30 years due to predicted sea level rise, this was disputed by sea level expert Nils Axl Morner who offered to represent the village in court.

The Welsh Labour Party also slandered the talks and posted a newsletter through every house in the village.

Facts do not matter in The Post Truth World

The “I suppose you think Elvis lives on the dark side of the Moon” response along with ad hominems and logical fallacies are the only thing that is guaranteed from those who are unable to think and have their world view shaped by the lobbyists who clearly control their narrative. 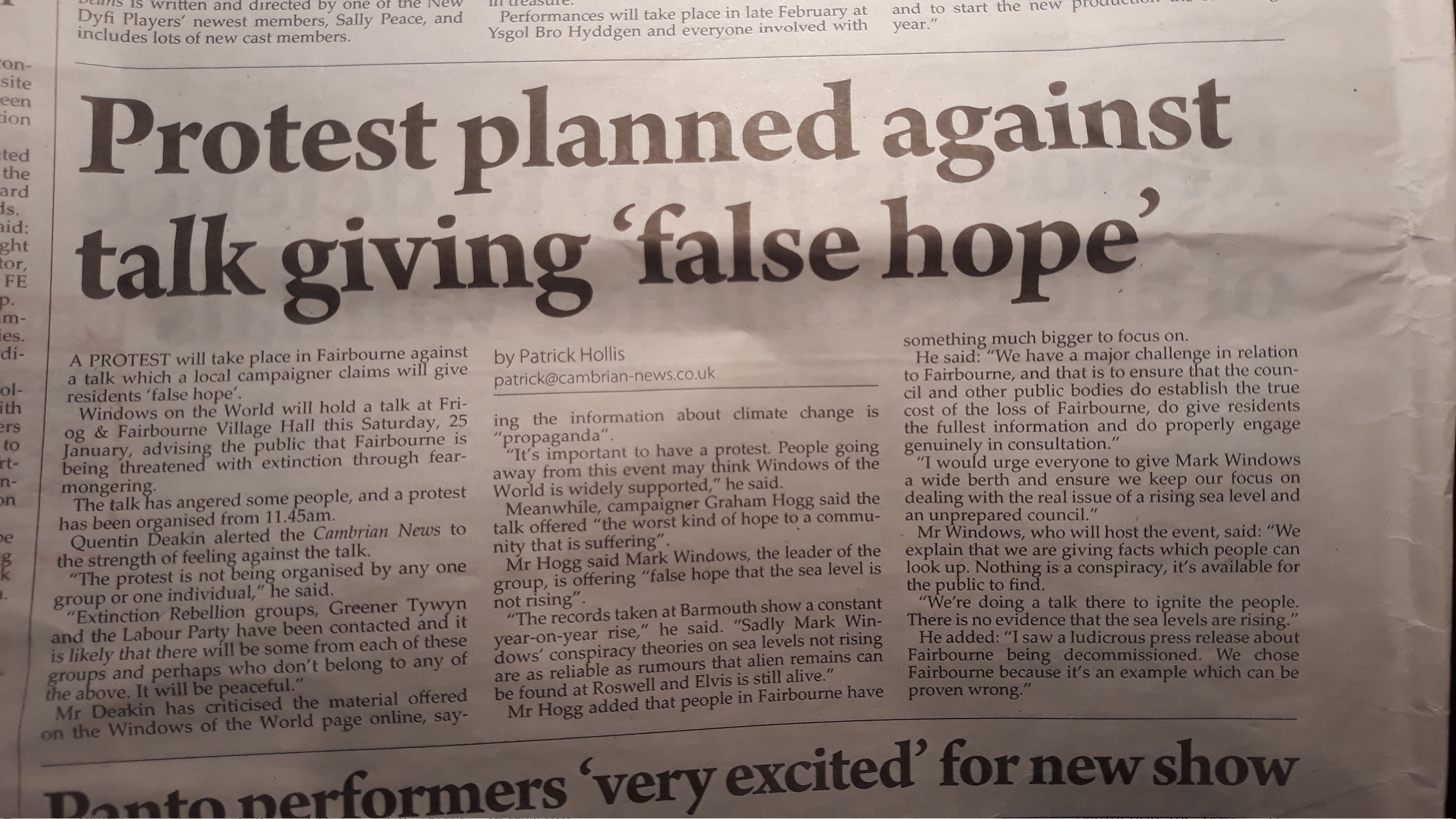 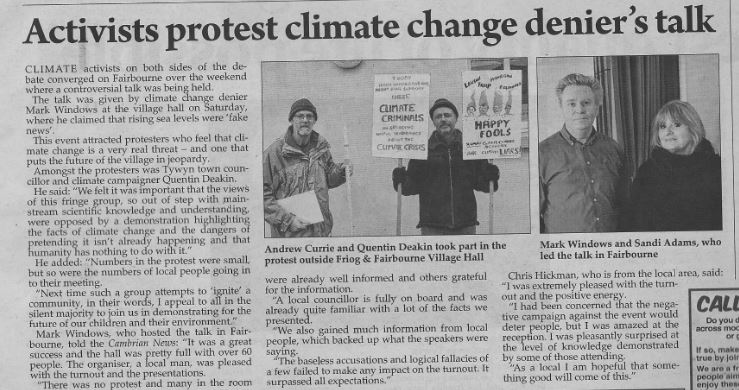 Despite the negative publicity only the instigator of the protest Quentin Deakin and one other turned up for the photo above and only Mr Deakin was left by the time we turned up. The paper once again misrepresented the facts in the follow up article.

Mr Deakin, the lone “protestor”  was asked if he wanted to come in and listen he stated that he would not want to be associated with our “organization”, which we are not,  just two individuals. He then said he wouldn’t pay to listen, we told him it was free, he promptly left.

This sort of negative propaganda is now the norm and the likes of Mr Hollis, a trained “change agent” and lobbyist with no apparent critical thinking ability are now the face of “journalism”. Facts do not matter in the Post Truth Era.

The talks were a great success and the negative publicity back fired. It is now up to the villagers to stand up to this agenda which seeks to control population and force them into cities as part of the UN Agenda 2030 Global Action Plan on the back of the Climate Change Policy agenda.

We receive no funding from any organization which is why we can be completely independent.

Here Nils Axl Morner on why he left the IPCC as expert reviewer and more on sea levels.: