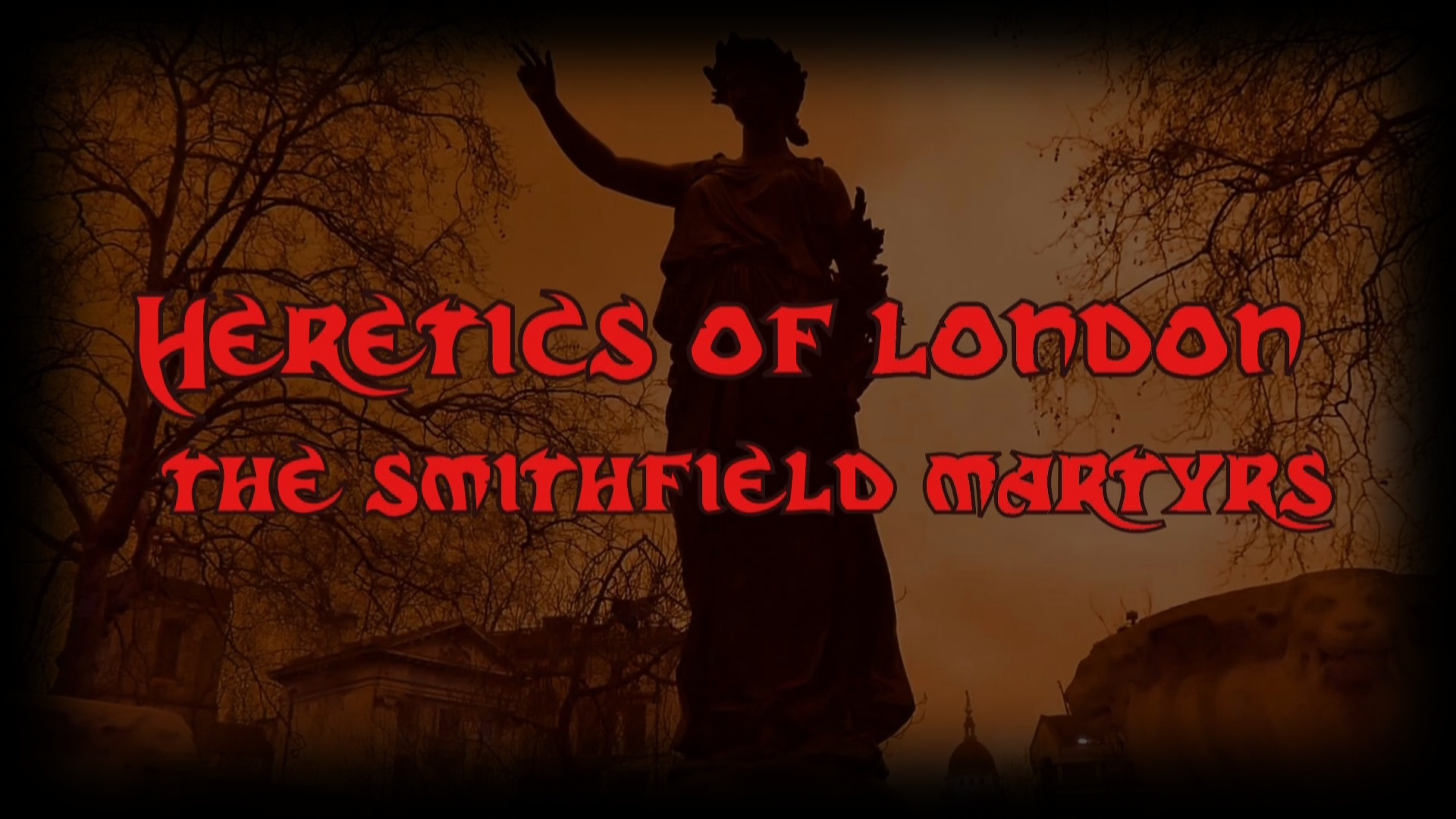 “The Heretics of London” is a feature length documentary which is currently in production.

The film features the lives of heretics who were burnt at the stake in the London suburb of Smithfield during the 1500’s. The area then known as Smoothfield has a long and fascinating history.

The music score  for the “The Heretics of London”, composed by Alma Ryan and The Lumineries is available for download Here

Shows on The Heretics of London

Heretics of London – The Smithfield Martyrs 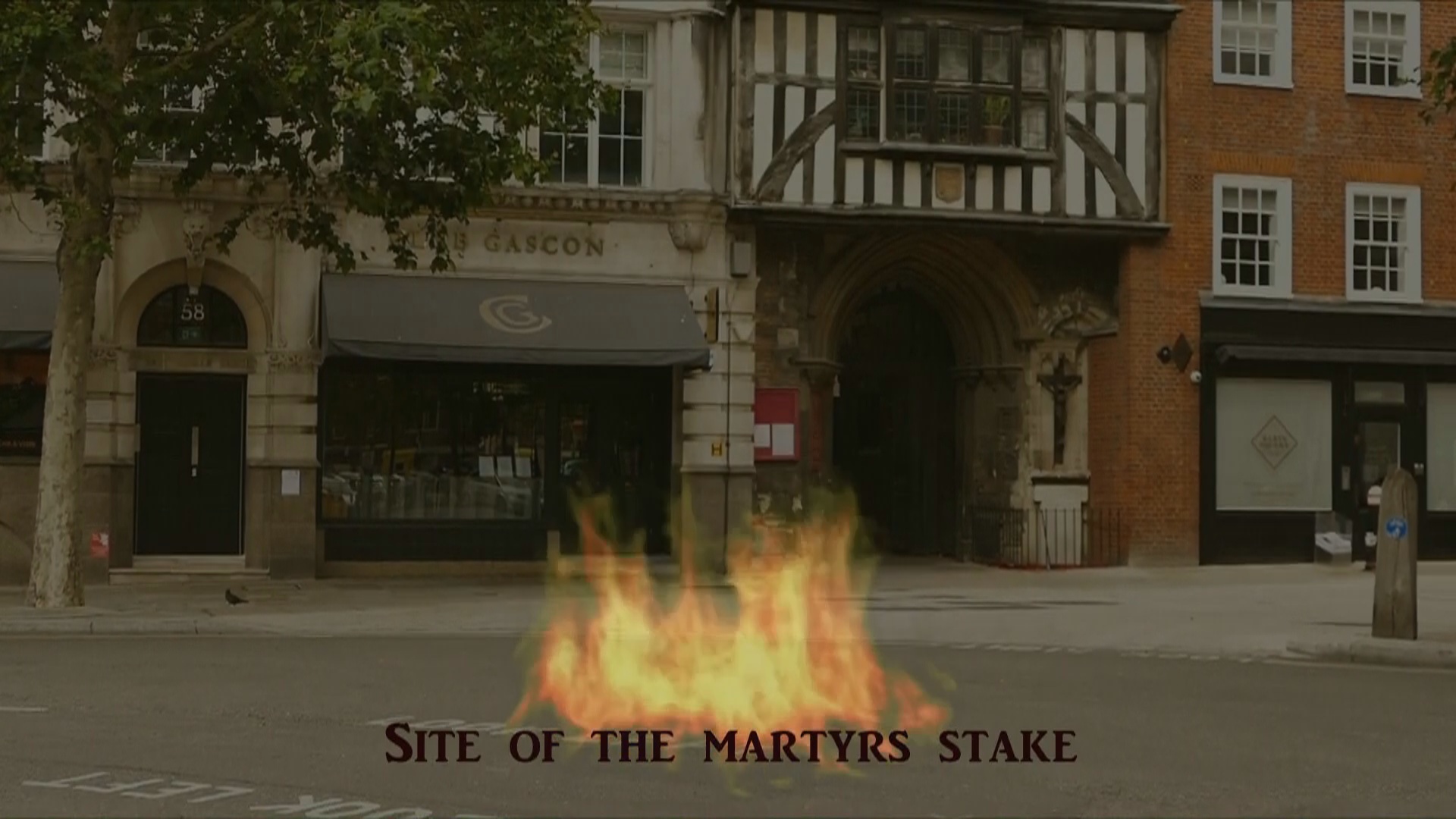 From the foundation of St Bartholomew’s Church and hospital for the poor in 1123 by the monk Rahere to the many executions, including Scottish rebel William Wallace and the killing of peasants revolt leader Watt Tyler, this small area has been the scene of many horrific events. 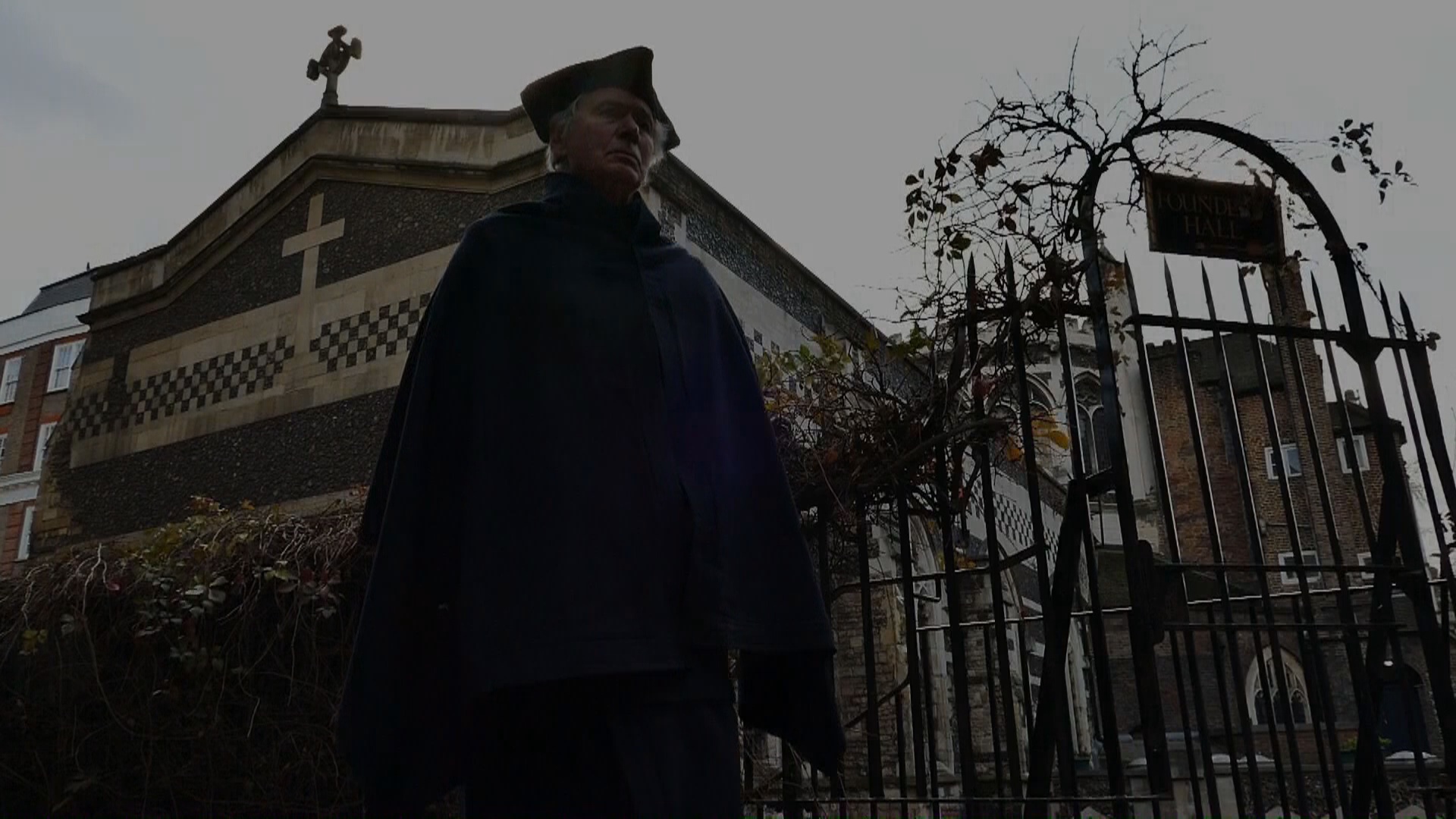 Today it still has the famous meat market and much of it is the same as it was when heretics were lead through the ancient arch out of St. Bartholomew’s to be burned publicly in front of huge crowds. 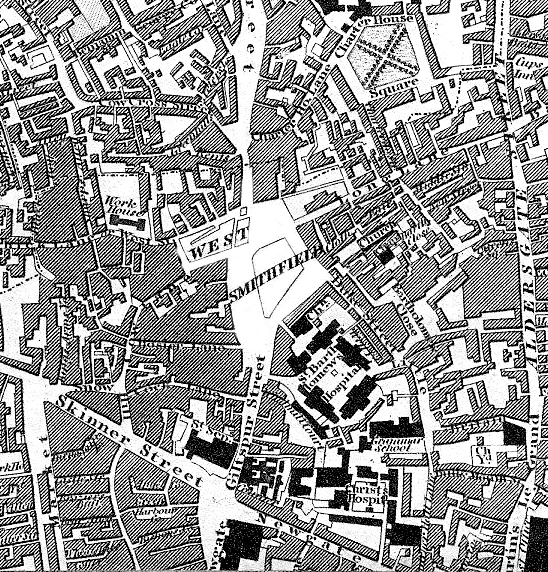 Smithfield Previously known as Smoothfield is located just outside London’s Old City Walls. Famous for its cattle market, the raucous Bartholomew’s’ fair and the execution of heretics. It also featured in Charles Dickens’ “Oliver Twist”.

As well as having  its gallows (The Elms), and all manner of horrific executions  Smithfield was also the scene of the burning alive of heretics.

Hundreds of heretics were burned at the stake during the time of Henry V111-Mary 1st. Many in Smithfield. 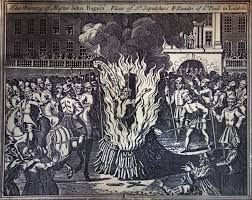 Heretic literally means “One who is able to choose”.

During the 16th century those who refused to believe in certain tenets of the Roman Catholic doctrine and even a few of those of the Catholic faith who would not recognize the King as the Head of the Church  were burned as heretics.

The first heretic to be burned was in the same year as the act was passed William Sawtrey, a priest from St. Margaret’s in Lynn, Norfolk, became the first Lollard martyr to suffer the death penalty under this new law. He was burnt at the stake in Smithfield in March 1401. 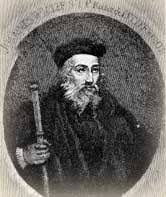 Relapsed heretics were chained to a wooden stake and burned alive in front of huge crowds.

Heretics who chose to defy the Roman Church because of their faith were given chance to change their ways and even argue their cases in the ecclesiastic courts.This made them willing sacrifices through their implied consent by failing to abjure their heretical beliefs. 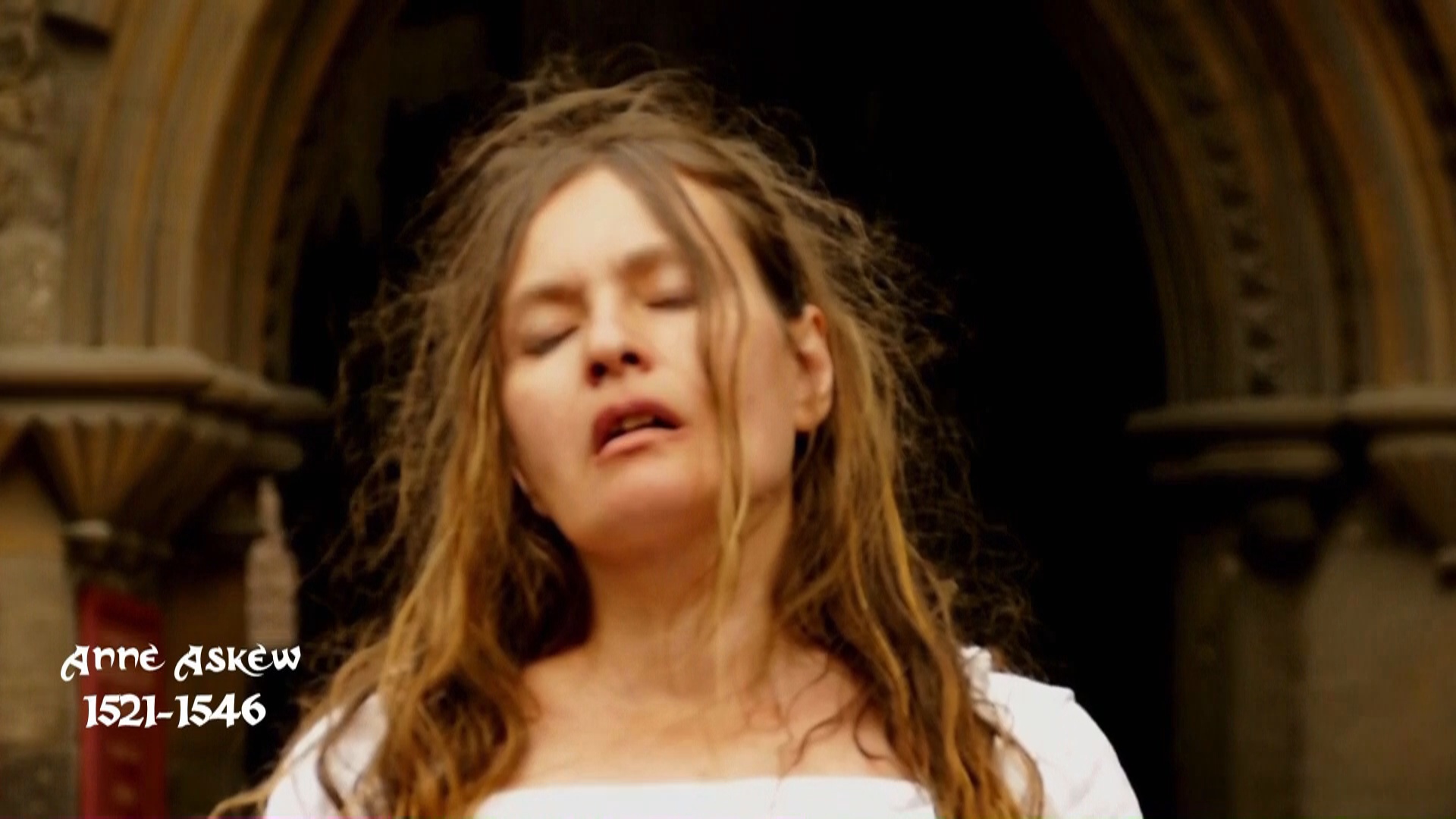 Anne Askew (1521 – 16 July 1546) ,  a Protestant, highly intelligent and  independent woman was brutally and illegally tortured in the Tower of London before being burned at the stake in Smithfield aged 26. Her bones dislocated from her torture she was carried to the stake in a chair and burned with John Lascelles, John Adams and Nicholas Belenian. It is well reported that a loud thunderclap came from the heavens above Smithfield when the fires were lit on the day of her execution.

The film also features arrangements of her songs  “The ballad of Anne Askew” and “I am a woman poor and blind”.

Anne Askew: “Neither Christ nor his apostles ever put any creature to death.” 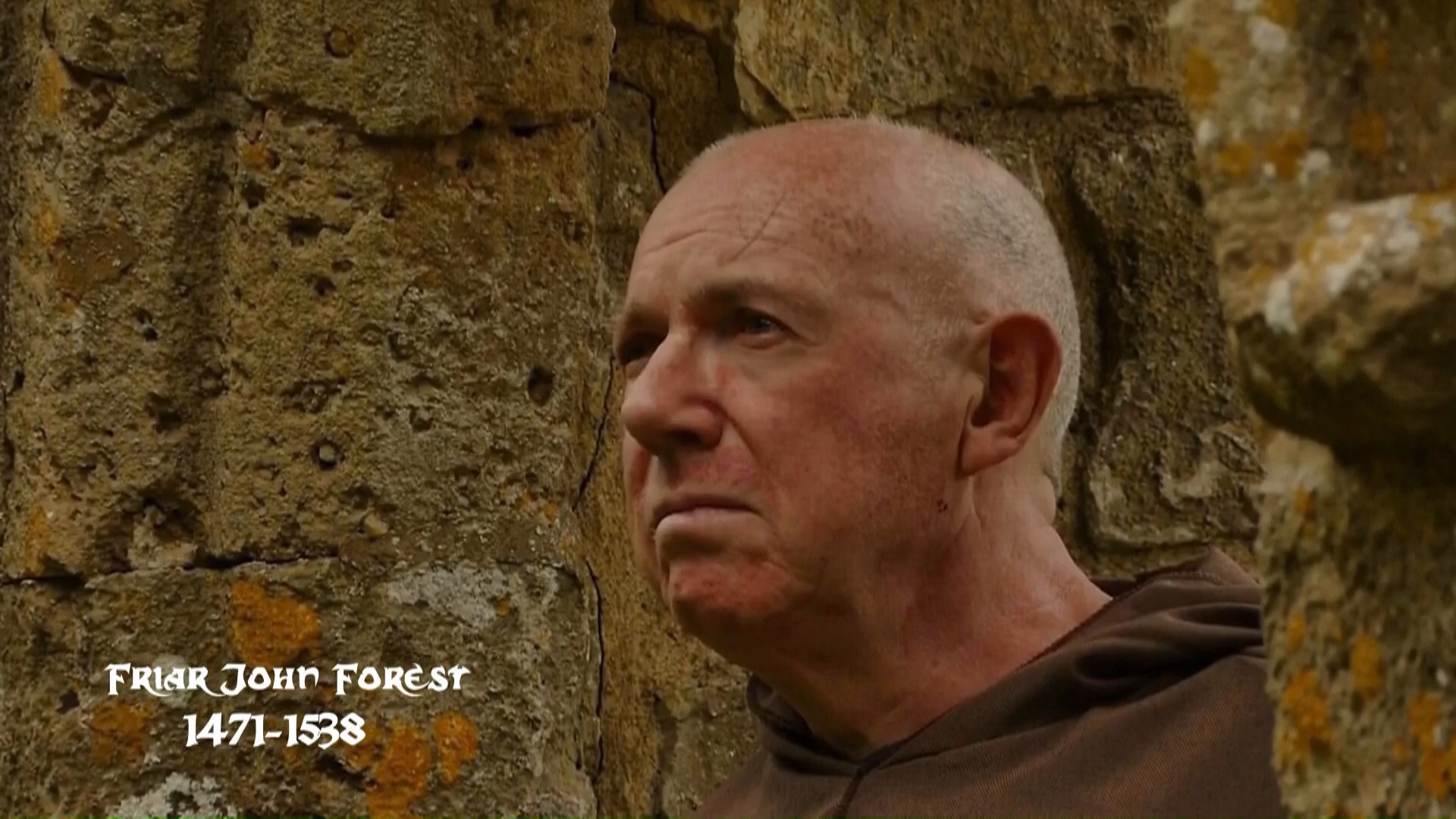 Friar John Forest (1471 – 22 May 1538) was an English Franciscan Friar, he was Confessor to Queen Catherine of Aragon. John Forest was based at Greenwich and was strongly opposed to Henry V111 making himself Head of the Church through The Act of Supremacy and like many monks would not take the Oath of Supremacy. He was the only Catholic to be burnt in Britain during the reformation.

John Forest was burned at Smithfield atop an eight foot wooden statue of Welsh Warrior God Derfel Gadarn which had been dragged to Smithfield from Llanderfel in North Wales to also be publicly burned.

The film features the “staff of Derfel” and “Derfels Horse” which accompanied the statue in Llanderfel church yard and these ancient artefacts remain intact to this day.

John Forest: “In the shadow of thy wings I will trust, O God, until iniquity pass away.”

Friar  Forest was made Blessed by Pope Leo XIII, on December 9, 1886. And his relics rest near the priory gate of at Smithfield. 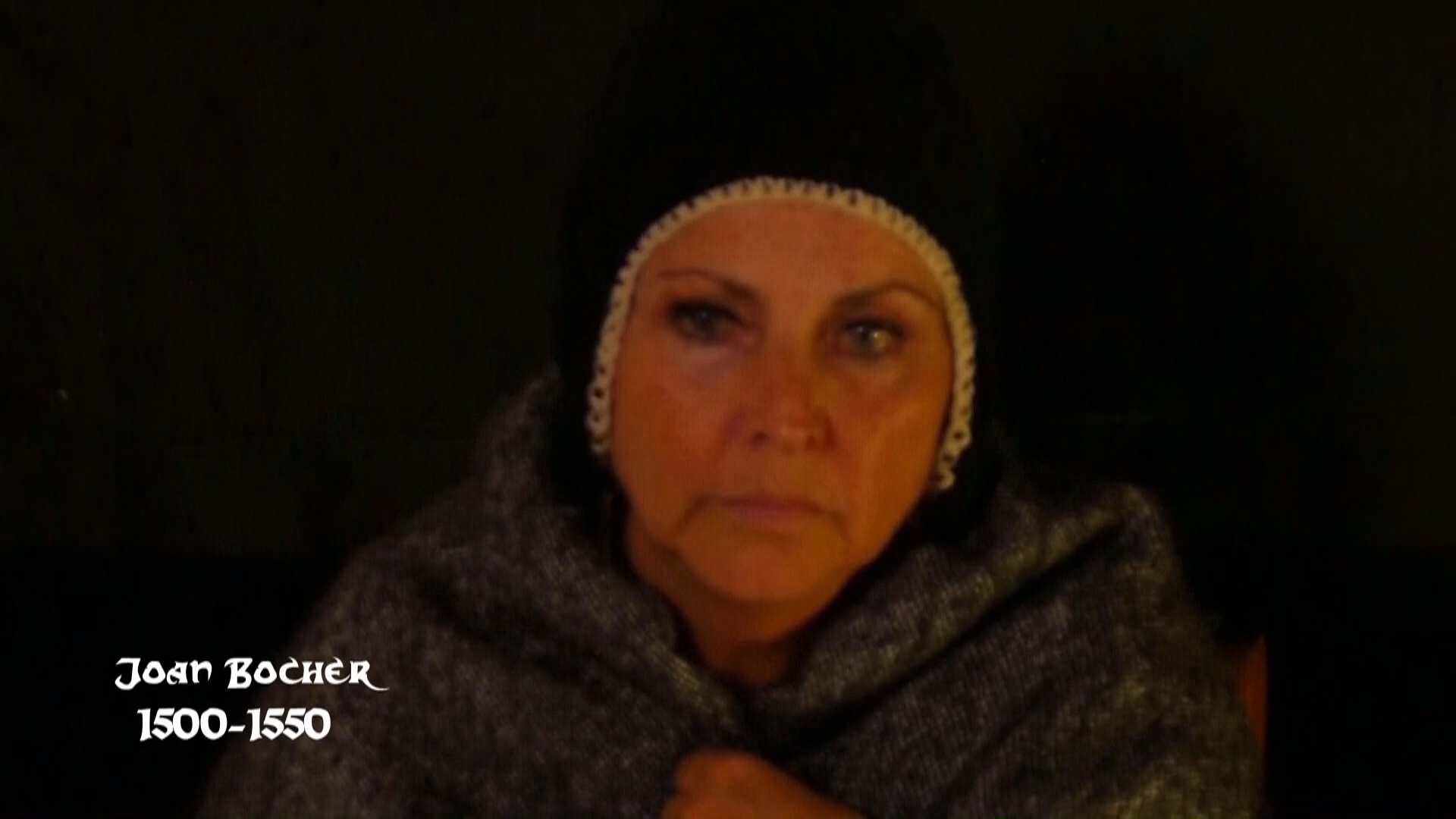 Joan Bocher, “Joan of Kent” Joan Boacher (1490 -1550)  had distributed the Tyndale Bible around Canterbury  Her Anabaptist beliefs were against the Papacy and The Protestantism which she  had converted from and which was now the accepted religion of Edward 1V.

After being held at the house of Sir Richard Rich in Smithfield Archbishop Cranmer examined her and handed here over to the civil authority, Joan  would not recant her beliefs and the Lord Chancellor condemned her and she was taken to Smithfield on the 2nd May 1550.

Joan Boacher: “it was not long ago since you burned Anne Askew for a piece of bread, and yet came yourselves soon after to believe and profess the same things for which you burned her. And now forsooth you will burn me for a piece of flesh, and in the end you will come to believe this also, when you have read the scriptures and understand them”.

The Bishop and Archbishop 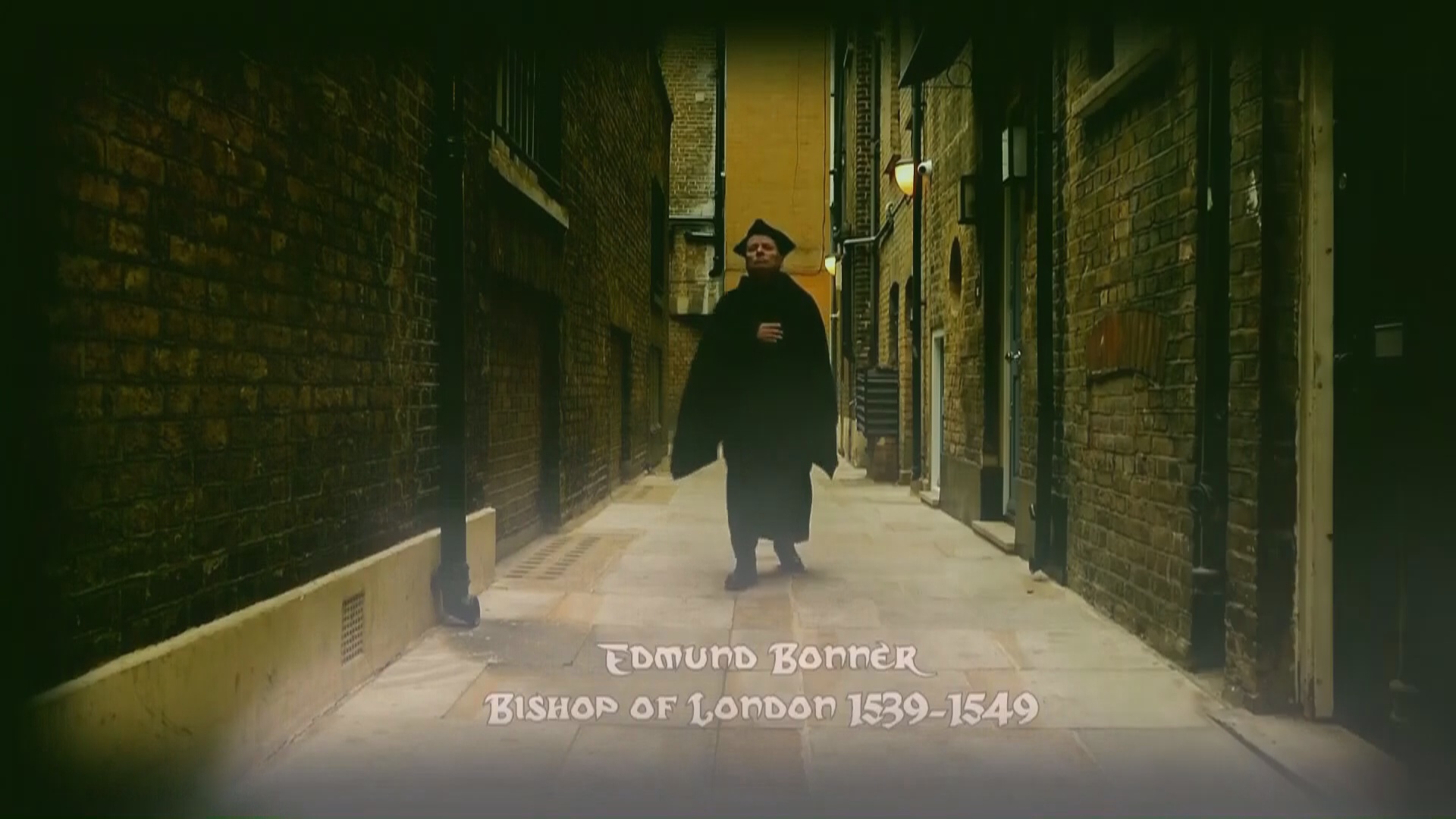 Edmund Bonner was a key figure in the examination and condemnation of heretics and himself fell foul of the state during the time of Henry V111 spending time in Marshalsea  prison. Mary 1st reinstated him and he relentlessly pursued heretics and gained a fearsome reputation for cruelty. It is recorded that Bonner tried at least two hundred heretics. 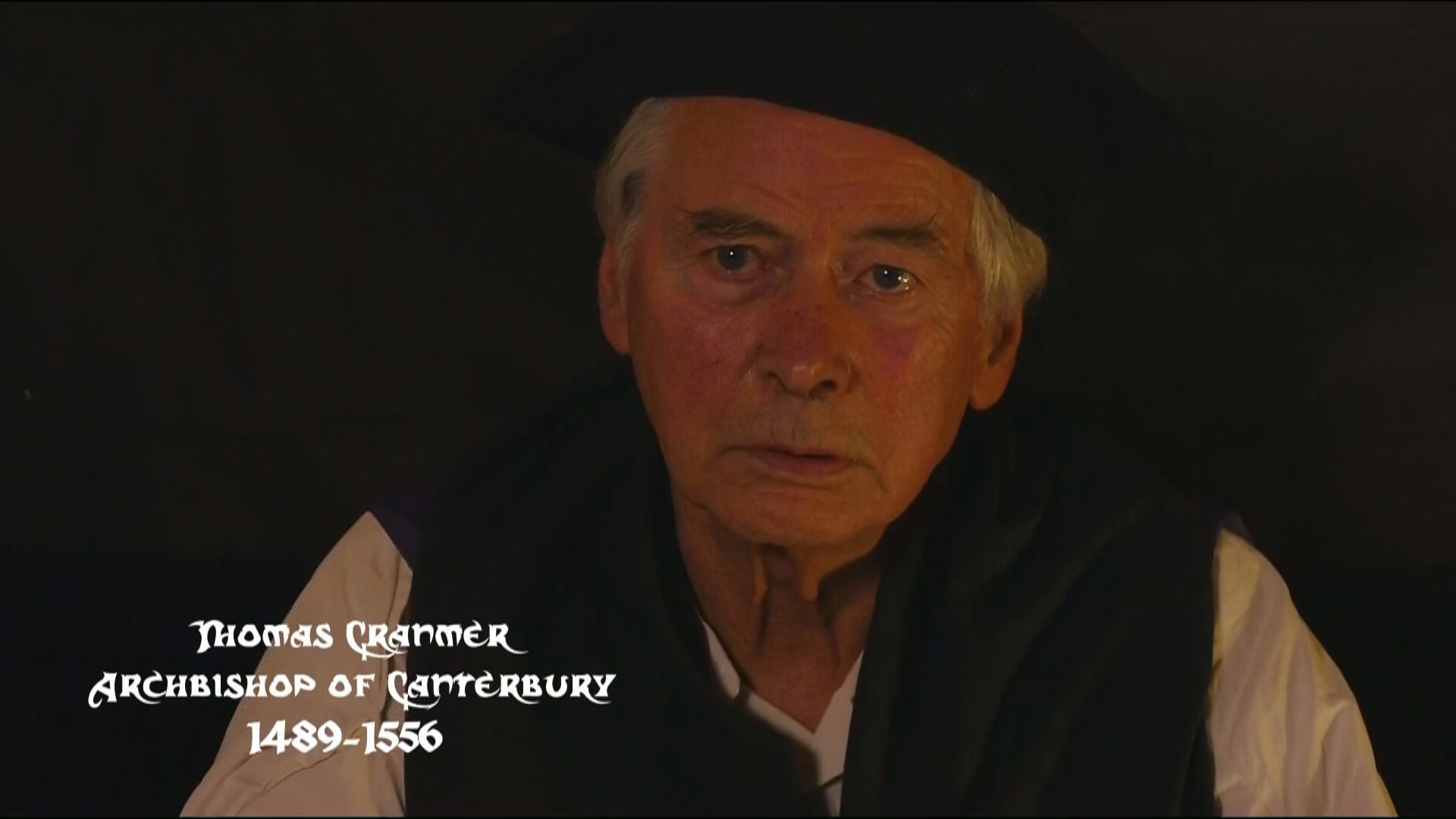 Cranmer had tried protestants and the anabaptist Joan Boacher  for heresy and himself ended up in conflict with the church. He was also tried for heresy but recanted, he could not however live with his confession and stated the “unworthy right hand”  that wrote it would be first into the fire.

On 21st March, 1556, Thomas Cranmer was brought to St Mary’s Church in Oxford, where he stood on a platform as a sermon was directed against him. He went on to  deny the six statements he had previously made and described the Pope as “Christ’s enemy, and Antichrist, with all his false doctrine.”

Cranmer and Bonner are intertwined with the lives of heretics and the Battle for the Bible in Tudor England.

John Rogers, burned at the stake in Smithfield Feb 4th 1555:

‘That which I have preached I will seal with my blood.’

‘Then,’ quoth Master Woodroofe, ‘thou art a heretic.’

About The Heretics of London

A Windows on the World production 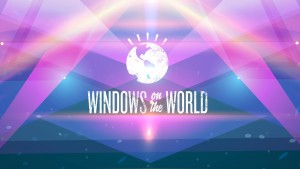 Mark Windows and Windows on the World are producing a feature length historical drama documentary “The heretics of London”, the film features the lives and the times of heretics burned at the stake in the 1500’s and the battles of church, the state and heretics, a word from the Greek Hairetikos  literally meaning “to choose”.