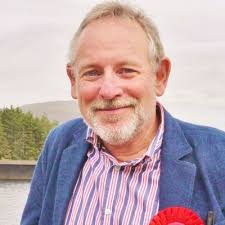 A Welsh Labour candidate made libellous and untrue statements about a public interest event in a Welsh Village and published the rant in a newsletter which was posted to all residents ahead of the talk.

The untrue statements made by Graham Hogg were circulated to every house in Fairbourne,  Gwynedd in North Wales. Mr Hogg also slandered World leading sea level authority and IPCC expert Nils Axl Morner in a fact free  and lie filled rant which was published in the Dwyfor Meirionydd Labour Party Newsletter.

The talk was hosted by researchers Mark Windows and Sandi Adams who also showed video testimony from Mr Morner that the proposed policy of “decommissioning” of the village within 30 years because of the threat of exaggerated sea level rise was not realistic or based on any observable data  and was merely part of UN policy to depopulate coastal areas and force populations into cities, the aim of UN Agenda 2030.

All the information in the talks presented by Sandi Adams and Mark Windows is public domain and from official sources yet Mr Hogg and a few propaganda spouting associates accused the organizers of exploiting the village by charging £12. The event was organized by local resident Chris Hickman and was actually free.

The ludicrous undermining  of Mr Morner revolved around the fact  that he was Swedish and believed in dowsing which Mr Hogg described as “claiming to possess paranormal abilities”. Most water companies employ dowsers and it is hardly paranormal. The article failed to mention that Mr Morner has over 50 years experience in studying global sea levels and is a well published scientist and an expert in his field.

Nils resigned from the Intergovernmental panel on climate change (IPCC) after their fraudulent computer modelling predicted sea level rises which were unprecedented and impossible. The paper he produced about the IPCC fraud is here:  Nils Axl Morner UN IPCC Paper

Nils Axl Morner offered to help the village if they wanted to take the matter to court. In other words the talks and his video presentation were in the interests of all the village residents. The slander also crossed over into the Cambrian News, a local paper which also tried to promote a protest against the talks, it failed miserably with only one person protesting who was offered the chance to attend the talk but refused.

Over 60 people turned up and despite the libellous statements of Mr Hogg, and the undermining of the talk and promotion of negative publicity by local “trainee journalist” Patrick Hollis of the Cambrian News, the event was a great success. 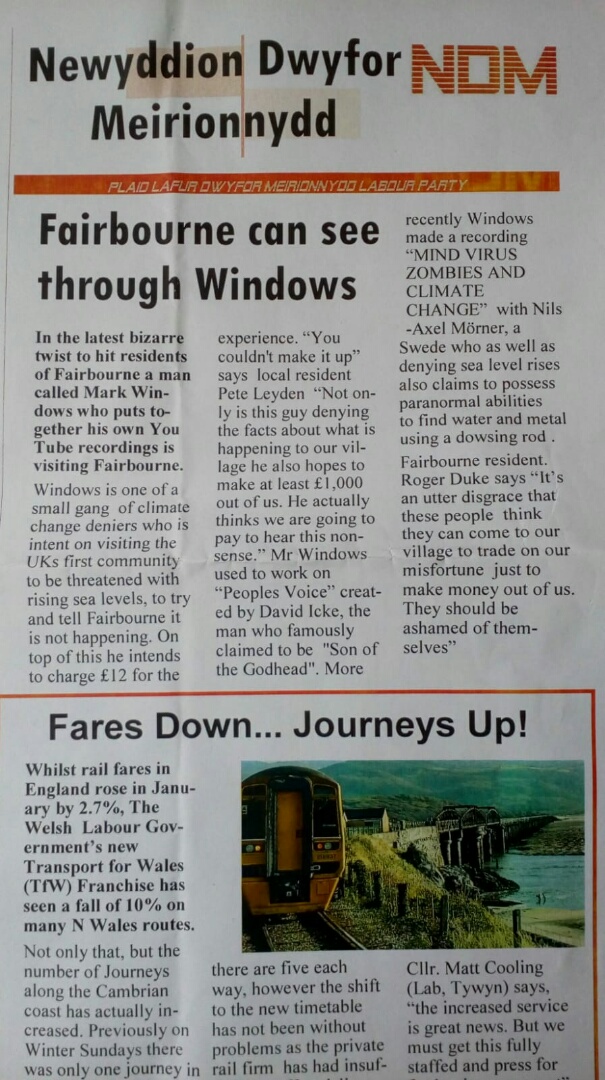 Here is the article on Fairbourne featuring Nils Axl Morner

The slander continued in the Cambrian Times who actually printed the following quote from the uninformed Mr Hogg:

Well, Mr Hogg, Mark Windows was talking about global policy, it is Mr Morner, the World leading sea level expert who states the predicted rises in sea level are not possible.

The talk titled “The Real Citizens Assembly” is available through this website.

Despite what the likes of Mr Hogg say we receive no funding!

More on this here: