They are interfering with the lives of people and getting paid to foster out children as “Corporate Parents”.

They are working for a Global Governance (UN Agenda 21/2030)  and not for the public who they serve.

They now have the power to re educate citizens… 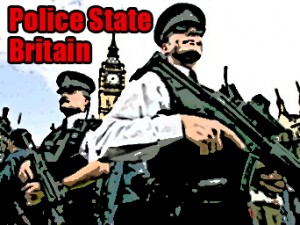 This is from the “Prevent” strategy paper which predates the Counter Terrorism and Security Act2015.

(It now seems to have been removed)

We believe that Prevent work to date has not clearly recognised the way in which some terrorist ideologies draw on and make use of extremist ideas which are espoused and circulated by apparently non-violent organisations, very often operating within the law. We will not change the law – we remain committed to protecting the freedom of speech which many of those same extremists set out to undermine. But preventing radicalisation must mean challenging extremist ideas that are conducive to terrorism and also part of a terrorist narrative. Challenge may mean simply ensuring that extremist ideas are subject to open debate

Note that they are now including Non Violent Organisations operating within the law. This means anybody and everybody can be included.

It also states that Police will be: Lawfully disrupting or attending events involving extremist speakers in both private and municipal establishments.

With Cameron in reality defining anybody with an alternative view as a terrorist this is all starting to make sense in the world of The Big Society Communitarian agenda run by Consensus.

Here is some previous Government Strategy from “Prevent”

This from “Contest”, another government strategy document.

So lets look at what this Act says: Excerpts from the Counter Terrorism and Security Act 2015

(a) with the function of assessing the extent to which identified individuals are vulnerable to being drawn into terrorism, and

(b) with the other functions mentioned in subsection (4).

(2) “Identified individual”, in relation to a panel, means an individual who is referred to the panel by a chief officer of police for an assessment of the kind mentioned in subsection (1)(a).

(3) A chief officer of police may refer an individual to a panel only if there are reasonable grounds to believe that the individual is vulnerable to being drawn into terrorism.

(a) to prepare a plan in respect of identified individuals who the panel considers should be offered support for the purpose of reducing their vulnerability to being drawn into terrorism;

(b) if the necessary consent is given, to make arrangements for support to be provided to those individuals in accordance with their support plan;

© to keep under review the giving of support to an identified individual under a support plan;

(d) to revise a support plan, or withdraw support under a plan, if at any time the panel considers it appropriate;

(e) to carry out further assessments, after such periods as the panel considers appropriate, of an individual’s vulnerability to being drawn into terrorism in cases where

(i) the necessary consent is refused or withdrawn to the giving of support under a support plan, or

(ii) the panel has determined that support under a plan should be withdrawn;

(f) to prepare a further support plan in such cases if the panel considers it appropriate.

(5) A support plan must include the following information—

(a)how, when and by whom a request for the necessary consent is to be made;

(b) the nature of the support to be provided to the identified individual;

© the persons who are to be responsible for providing it;

(d) how and when such support is to be provided.

(6) Where in the carrying out of its functions under this section a panel determines that support should not be given to an individual under a support plan, the panel—

(a) must consider whether the individual ought to be referred to a provider of any health or social care services, and

(b) if so, must make such arrangements as the panel considers appropriate for the purpose of referring the individual.

(7) In exercising its functions under this section a panel must have regard to any guidance given by the Secretary of State about the exercise of those functions.

(a) the Welsh Ministers so far as the guidance relates to panels in Wales;

(b) the Scottish Ministers so far as the guidance relates to panels in Scotland;

© any person whom the Secretary of State considers appropriate.

Since councils were given more powers and became an arm of the devolved government locally they have assumed more and more power. The problem is that they are not generally competent to act on behalf of the public interest.

Over the years I, along with many others have uncovered the lies, incompetence and fraudulent activities of this new army of Communitarian Stasi. There is no evidence that councils are qualified to deal with making determinations against members of the public.

There is also an implication here that councils will be able to determine whether they think that “Health Care” is necessary.  This implies that the local authority panel can interfere to the extent of having somebody sectioned.

The competence of local authorities comes into question here.

As stated in the Nine Rules of Policing : The Police are the Public and the public are the police

The police and councils must be policed by the public and kept in line by the public when implementing this draconian legislation.