Five days ago retired US diplomat Paul Craig Roberts posted an article Nice brings to mind Operation Gladio. But how should we make the public aware of that Gladio affair? The affair was so shocking that people have difficulty in taking it in. 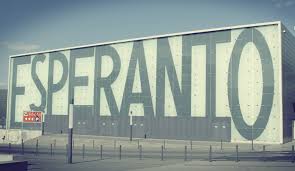 Following that I led the promotional activities of The British Esperanto Association (Inc), and my group was responsible for the setting up of the all-party Esperanto Parliamentary Group in 1972, which had a majority in the Commons after the first General Election of 1974. In 2005 I investigated the activities of Esperanto Association of Britain, which had taken over from the British Esperanto Association (Inc), and found evidence of infiltration and subversion. That led me into investigating further, when I discovered similar things going on in other groups, such as the Cabinet under Tony Blair, and that led me into awareness of 9/11. For ten years I have been trying to bring an awareness of infiltration to Esperantists across the world. The decline of Esperanto has been largely due to this dumbing down of languages, in favour of English as the world’s first language, rather that Esperanto as the second language in addition to people’s native languages.

It is the tradition in the Closing ceremony the following Saturday to pass a congress resolution aimed at the outside world. I have sent the text below to the board of the Universal Esperanto Association with a request that they consider it for their congress resolution for this congress. 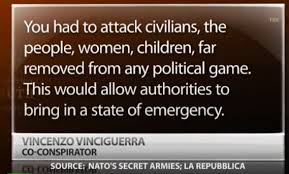 I have already posted the text in Esperanto in La Libera Folio (http://www.liberafolio.org/Members/iafantomo/propono-por-kongresa-rezolucio-de-la-cent-unua-universala-kongreso-de-esperanto-en-nitro-2016) – which is now awaiting moderation. Nothing was closer to the heart of the initiator of Esperanto, Dr L. L. Zamenhof, than the causes of war. Here is the proposed text:

Proposal for a Congress Resolution of the hundred and first Universal Congress of Esperanto, in Nitra, Slovakia, 2016: Proposed to the Board of the Universal Esperanto Association by Ian Fantom 22 July 2016

The hundred and first Universal Congress of Esperanto, which took place from the 23rd to the 30th of July, 2016,

A. bearing in mind the strong desire amongst ordinary people for peacful co-existence of the various ethnic groups of the world, which in 1887 resulted in the emergence of Esperanto and the Esperanto movement, and which continues to this day,

B. in consideration of the words of the initiator of Esperanto, Dr L. L. Zamenhof, in his keynote speech at the sixth Universal Congress of Esperanto, following the disturbances in Russia of 1905 and 1906, “We know now, quite clearly, that those who are guilty are despicable thugs, who by various and nefarious means, with widely put out lies and calumnies, are artfully creating terrible hate between some peoples and others”,

C. in recognition that those “nefarious means” create hate between ethnic groups, which are distinguishable one from another mainly by differences in language and religion,

D. having noticed the current rise in terrorist events in various parts of the world,

E. having regard to the European Parliament’s resolution on the Gladio affair, passed on the 22nd of November, 1990, on the existence of clandestine military operations in several Member States, implicated in serious cases of terrorism, and which called on the governments of the Member States to dismantle all clandestine military and paramilitary networks, called on the judiciaries of the those countries to elucidate fully their composition and modus operandi, requested those Member States to draw up a complete list of organizations active in this field, called on the Council of Ministers to provide full information on the activities of these secret intelligence and operational services, and called on its competent committee to consider holding a hearing in order to clarify the role and impact of the ‘Gladio’ organization and any similar bodies, and instructed its President to forward this resolution to the Commission, the Council, the Secretary-General of NATO, the governments of the Member States and the United States Government,

1. calls on the European Parliament to compile and publish a report on the follow-up of its resolution on the Gladio affair, which should include the responses from the European Commission, the Council of Ministers, the Secretary-General of NATO, the governments of the Member States and the United States Government, and any updates and proof of the dismantling of those secret terrorist organisations, and any connections that there may be with the current terrorism in Europe and elswhere.

The text of the resolution by the European Parliament on the Gladio affair:

A. having regard to the revelation by several European governments of the existence for 40 years of a clandestine parallel intelligence and armed operations organization in several Member States of the Community,

B. whereas for over 40 years this organization has escaped all democratic controls and has been run by the secret services of the states concerned in collaboration with NATO,

C. fearing the danger that such clandestine network may have interfered illegally in the internal political affairs of Member States or may still do so,

D. whereas in certain Member States military secret services (or uncontrolled branches thereof) were involved in serious cases of terrorism and crime as evidenced by, various judicial inquiries,

E. whereas these organizations operated and continue to operate completely outside the law since they are not subject to any parliamentary control and frequently those holding the highest government and constitutional posts are kept in the dark as to these matters,

F. whereas the various ‘Gladio’ organizations have at their disposal independent arsenals and military ressources which give them an unknown strike potential, thereby jeopardizing the democratic structures of the countries in which they are operating or have been operating,

G. greatly concerned at the existence of decision-making and operational bodies which are not subject to any form of democratic control and are of a completely clandestine nature at a time when greater Community cooperation in the field of security is a constant subject of discussion,

1. Condemns the clandestine creation of manipulative and operational networks and Calls for a full investigation into the nature, structure, aims and all other aspects of these clandestine organizations or any splinter groups, their use for illegal interference in the internal political affairs of the countries concerned, the problem of terrorism in Europe and the possible collusion of the secret services of Member States or third countries;

2. Protests vigorously at the assumption by certain US military personnel at SHAPE and in NATO of the right to encourage the establishment in Europe of a clandestine intelligence and operation network;

3. Calls on the governments of the Member States to dismantle all clandestine military and paramilitary networks;

4. Calls on the judiciaries of the countries in which the presence of such military organizations has been ascertained to elucidate fully their composition and modus operandi and to clarify any action they may have taken to destabilize the democratic structure of the Member States;

5. Requests all the Member States to take the necessary measures, if necessary by establishing parliamentary committees of inquiry, to draw up a complete list of organizations active in this field, and at the same time to monitor their links with the respective state intelligence services and their links, if any, with terrorist action groups and/or other illegal practices;

6. Calls on the Council of Ministers to provide full information on the activities of these secret intelligence and operational services;

7. Calls on its competent committee to consider holding a hearing in order to clarify the role and impact of the ‘Gladio’ organization and any similar bodies;

8. Instructs its President to forward this resolution to the Commission, the Council, the Secretary-General of NATO, the governments of the Member States and the United States Government.

1. The Universal Congresses of Esperanto are run by the Universal Esperanto Association, in collaboration with local organising groups. Details for the 2016 Congress in Nitra, Slovakia may be found on their website (http://www.nitra2016.sk). Information on their streamed Internet broadcasts are given on their home page, and a description in English is given in there English language pages (http://www.nitra2016.sk/en).