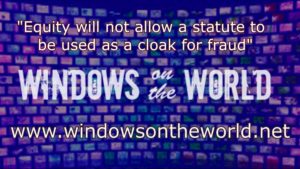 Why can Land Pirates abuse the Administrative Courts?

Those who have been into a County Court or had a judgement made against them need to know how the abuse of process can extend to the theft of entire estates through often unfounded claims by third parties.

When I visited a Master at The Royal Courts of Justice and presented the case where an order had been made for sale of a property on the back of as very small debt he stated that  there is one remedy. This is to get the matter heard in The High Court, a real court. The theft going on in the County Court is vast and covers “debts” which have been sold.

The Master said  that there is one thing , but he couldn’t recommend it, in other words the County Court admin staff and judge may assume it to be a private matter and  hold their own court which is not recorded (yes this does happen) The matter must be dealt with quickly when this happens.

Here is the quote ” There is some doubt as to whether judicial review runs to The County Court.”

This means that there could be obstacles pursuing judicial review. In these cases the Order can be voided on a point of law. See Void Court Orders for more information on this.

The Child Support Agency were notorious for this, the sale of houses through their administrative third parties, really just made up debts which are executed by Privateers (debt collectors masquerading as Bailiffs.)  These Land Pirates are of course not appointed by a court but the government has made this piracy available to agencies of the government and private interests working with solicitors.

The Farley ruling by Lord Farley of Birkenhead meant that the Order made by an administrative agency such as The CSA could not be questioned by a Magistrate or County Court judge, often these merchants of court prefer to not see the abuse of process and fraud because of this ruling.

See our other articles and shows on administrative Law. the Admiralty Law Act of 1868 brought this Maritime Admiralty Trading Law into the County Court but there had been problems with this since the 1200s when Lawyers expressed concern about “Legal Fictions” being created. This is merely about conveyance of “Property”, something being Traded. In effect it is a looting process which works for interested parties. This type of administration is as we have stated much more widespread than the public think.

Here is the 1868 Admiralty Law Act bringing the Law of Merchants and Liabilities into the County Court. This means that you can be administrated against and conveyed as property of the Court.

Because it is not in mainstream media it means that the true extent of it is hidden. You must ask, why is the government letting this happen?

Well, it is Land Pirates and their interested parties and of course Agents of the Government. Private property rights are not what people think, they have been massively undermined.

This, and a lot more  is explained in our shows. Check out the website and our archive.

More information on this subject with Mark Windows and chuck O Chelli:

Admiralty Law and The Liability of The Person

Check out what this means and why you can be conveyed as Property in an Administrative Court.

All that is needed is a controversy, an assumption that there is a liability or debt

In this type of Law all the information has to be correct, if it is not The Order can be voided

When Court Orders are Void

Here is the section from Halsbury’s Laws of England which clearly states that this is not a Lawful process.

Councils, The CSA and other Land Pirates may want to read this:

The law is absolutely clear on this subject. There is NO authority for administrative courts in this country and no Act can be passed to legitimise them because of the constitutional restraints placed upon her Majesty at Her coronation.

The collection of revenue by such means is extortion, and extortion has been found reprehensible since ancient times. Separation of powers Today, in the year 2011, we find for example, that in the council tax regulations, the billing authority, the prosecuting authority and the enforcement authority are all vested in the same body.

The same bodies even purport to issue their own legal documents, by tacit agreement with the Courts. In our system of Common Law, the rule of law demands that we have a separation of powers. Today, the powers are not separated. The executive is not a distinct, free-standing leg of the tripod. The executive now emerges directly from within the elected Chamber of the legislature where previously it emanated directly from the Monarch. That leads to constitutional confusion—because the executive has seized and misuses Parliament’s democratic credentials for its own, destructive, purposes.

Fortunately, we have something to which we can turn to preserve our ancient laws and freedoms. We have the Oath that Her Majesty The Queen took at her coronation by which she is solemnly bound and from which no one in England, Wales and Scotland has released her. At Her Coronation the Queen swore to govern us, “according to [our] respective laws and customs”. Certainly, among our reputed “customs”, is precisely that invaluable and widely admired tripartite division of the powers.

The judiciary is part and parcel of our customary system of internal sovereignty—“the Queen in Parliament”. It is one of the three separate but symbiotic powers, and it is a capricious and self-serving contention that it should not have the power to preserve the authority of the legislature over the executive. It is a constitutional principle that the assent of the Queen & Parliament is prerequisite to the establishment of a Court which can operate a system of administrative law in Her Majesty’s Courts in England.

This was confirmed by Lord Denning during the debates on the European Communities Amendment Bill, HL Deb 08 October 1986 vol 480 cc246-95 246 at 250: “There is our judicial system deriving from the Crown as the source and fountain of justice. No court can be set up in England, no court can exist in England, except by the authority of the Queen and Parliament. That has been so ever since the Bill of Rights.” 08 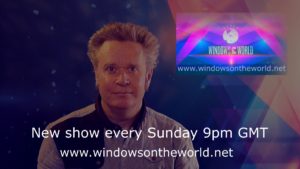 (1)  SCOPE AND NATURE OF THE SUBJECT

For the purposes of this work, administrative law1 is understood to mean the law relating to the discharge of functions of a public nature in government and administration. It includes the law relating to functions of pub-lic authorities and officers and of tribunals, judicial review of the exercise of those functions, the civil liability and legal protection of those purporting to exercise them and aspects of the means whereby extra-judicial redress may be obtainable at the instance of persons aggrieved2.

Ridge v Baldwin supra, however, and a number of decisions which followed it, marked a significant change in judicial attitudes towards judicial control of administrative action. See Re Racal Communications Ltd [1981] AC 374 at 382, [1980] 2 All ER 634 at 638, HL, per Lord Diplock (‘[The case of Anisminic Ltd v Foreign Compensation Commission [1969] 2 AC 147, [1969] 1 All ER 208, HL] is a legal landmark; it has made possible the rapid development in England of a rational and comprehensive system of administrative law on the foundation of the concept of ultra vires’); Breen v Amalgamated Engineering Union [1971] 2 QB 175 at 189, [1971] 1 All ER 1148 at 1153, CA, per Lord Denning MR (‘… there have been important developments in the last 22 years which have transformed the situation. It may truly now be said that we have a developed system of administrative law’); IRC v National Federation of Self-Employed and Small Businesses Ltd [1982] AC 617 at 641, [1981] 2 All ER 93 at 104, HL, per Lord Diplock (‘… [the] comprehensive system of administrative law [which] I regard as having been the greatest achievement of the English courts in my judicial lifetime’); O’Reilly v Mackman [1983] 2 AC 237 at 279, [1982] 3 All ER 1124 at 1129, HL, per Lord Diplock; Mahon v Air New Zealand Ltd [1984] AC 808 at 816, [1984] 3 All ER 201 at 207, PC (‘The extension of judicial control of the administrative process … over the last 30 years … has already gone a long way towards providing a system of administrative law as comprehensive in its content as the droit administratif of countries of the Civil Law, albeit differing in procedural approach, [and] it is a development [which] is still continuing. It has not yet become static either in New Zealand or in England’); R v Lancashire County Council, ex p Huddleston[1986] 2 All ER 941 at 945, 136 NLJ Rep 562, CA, per Sir John Donaldson MR (‘Notwithstanding that the courts have for centuries exercised a limited supervisory jurisdiction by means of the prerogative writs, the wider remedy of judicial review and the evolution of what is, in effect, a specialist administrative or public law court is a post-war development. This development has created a new relationship between the courts and those who derive their authority from the public law, one of partnership based on a common aim, namely the maintenance of the highest standards of public administration’). 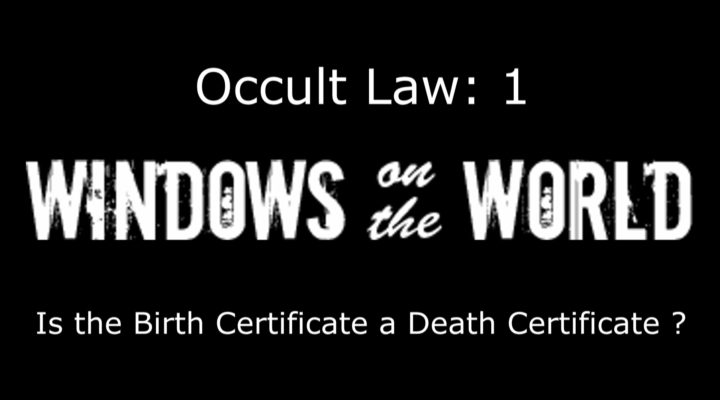