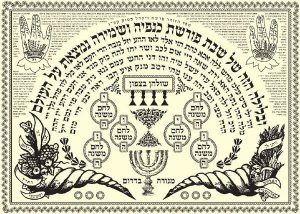 This show is the first of our journeys into Kabbalah.

We explore through the words of Judaic scholars what Kabbalah is (and what it is not.)

“Kabbalah and its teachings – no less than Jewish Law – are an integral part of the Torah. They are traced back to the historical roots of Sinai, part and parcel of “Moses received the Torah from Sinai and transmitted it….”

Kabbalah is a fairly common word in rabbinic Hebrew: it simply means “tradition.” In the Talmud, it served to designate the non-Pentateuchal parts of the Hebrew Bible. Later, every tradition was called by this name, without its entailing any specifically mysti-cal nuance.

“Its fantastic and extravagant doctrines, elaborated in overheated brains, were essentially superstitious and contrary to the spirit of Judaism.”

“The appearance of the Kabbalah upon the historical scene in Provence at the beginning of the thirteenth century coincides with the birth of this philosophy.”

Obscurantists who hated the light that shone forth from the school of the new rationalists raised against it a system they called “Kabbalah,” which literally means “tradition.”

As an historical phenome-non in medieval Judaism, the Kabbalah was born in Provence, or more precisely in its western part, known as the Languedoc. From there it was transplanted in the first quarter of the thirteenth century to Aragon and Castile in Spain, where most of its classical development took place.

The origins of Kabbalah are in the Torah and the interpretations of it. The Old Testament is pondered over and attempts at decoding the word of God resulted in a view of the Universe where man could be the reflection of the whole and through journeying along the Tree of Life become master of his own destiny.

The use of Numerology linking to the 22 letters of the Hebrew alphabet are central to these beliefs.

BOOKS OF THE KABBALAH

“The illumination emanating from Kabbalah ignites the soul of man, setting it on fire in the awareness of a deeper and higher reality. Its study and insights are themselves mystical experiences. Kabbalah is all this – but always and exclusively within the context of Torah.As a body cannot function without a soul, so the soul is ineffective without the body. The soul of the Torah, (nistar, the esoteric part of the Torah) can never be separated from the body of the Torah (nigleh, the exoteric parts; halacha, the commandments and practices prescribed by the Torah).”

“Kabbalah reduced to spiritual or philosophical symbolism, stripped from the observance of the mitzvahs, is worthless mumbo-jumbo, an empty shell.” Rabbi Immanuel Schochet (1935-2013)

Like most subjects of Jewish belief, the area of mysticism is wide open to personal interpretation.

Other traditional Jews take mysticism with a grain of salt. One prominent Orthodox Jew, when introducing a speaker on the subject of Jewish mysticism, said basically, “it’s nonsense, but it’s Jewish nonsense, and the study of anything Jewish, even nonsense, is worthwhile.” 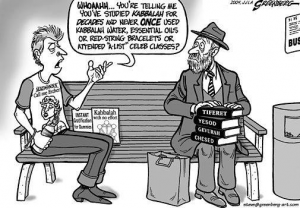 The Oral Torah based on the Old Testament as given to Moses is the foundation of Kabbalah. 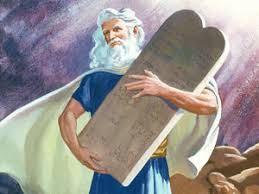 THE ORIGINS OF HEBREW

“When the primal vibration of the divine word took place it produced and impressed a wavelike motion throughout the boundless ether in which were contained all the sounds of the alphabet from A to Th.” From the Kabbalistic book of Zohar which was written in Aramaic not Hebrew.

In this show we also look at the origins of the Hebrew language and how it is has mutated. We look at the influence of Canaanite/ Phoenician languages such as Eblaite (Ebla was a city located in Canaan , now Syria) which uses the words associated with Hebrew for their Gods in the Cuneiform language of Eblaite. A study of the origins of the history of the Hebrew, Aramaic and Greek along with Phoenecian/ Canaanite indicates that Hebrew is not a unique language but a composite of different influences.

The belief that Hebrew came “out of the ether” with water and fire is therefore wishful thinking and it cannot be applied as a pure language due to  influences such as Aramaic.

The descendents of the Canaanites, the Phoenicians, are generally credited with inventing the 22-letter alphabet letters, each representing a sound, at about 1300 BCE.

The Phoenician trunk of the alphabetic tree then branched out into three distinctive alphabetic sets: Greek (about 1100 BCE), ancient Hebrew (about 900 BCE) and Aramaic (about the 8th century BCE).

At this point we have to point out that the alphabet we call Hebrew today is, strictly speaking, not Hebrew at all.

About the end of the sixth century BCE the Hebrew language discarded the ancient Hebrew letters and adopted Aramaic ones. This dramatic act is documented in the books of Ezra and Nehemiah in the Bible and commented on in the Talmud and in Greek sources.

Chabad.org: “The roots of Jewish culture lie in great and advanced civilisations like that of Ebla. Unfortunately they are located in modern day Syria, Iraq and Iran where unprejudiced evaluation of the findings of those engaged in the work is impossible to publicly pronounce”

A God of Ebla was Dagon who is mentioned in the Hebrew Bible in Judges 16:23

“And the lords of the Philistines gathered them together to offer a great sacrifice unto Dagon their god, and to rejoice; for they said: ‘Our god hath delivered Samson our enemy into our hand.’

Dagan was the Eblaite god of Grain, Dagan is Hebrew for grain. Baal and Astarte were also Eblaite Gods. The Eblaite Goddess of Wine was Tirosh which is Hebrew for Wine. Canaan in Eblaite is translated as Kanana. Adam is Adamu in Eblaite, meaning a governer of a province.

So, the origins and the transmutation of Hebrew mean that it has not been a pure and consistent language which makes the numerology and use of the 22 letters of the Hebrew alpahbet questionable in that they can decode the biblical texts and the workings of the universe.

The sources for this show are all Jewish and include the most respected Kabbalistic author Gershon Scholem and his Origins of Kabbalah.

This system of magical thinking also has much ancient Greek influence and its system is not straightformard in that it contradicts its own influences. The analysis of the texts of the Kabbalah are laid out in great detail by  Gershon Scholem in “Origins of Kabbalah.”

“With the destruction of the First Temple in 586 BCE by Babylonian king Nebuchadnezzar, most Jewish inhabitants of Israel and Judea went into exile. Among them were the best and the brightest of the local intelligentsia.@

THE TREE OF LIFE

The Kabbalistic “Tree of Life” is also looked at along with the list of texts which fall under the description of “Kabbalah”. We also look at the belief in Magic and that magic perfomed in Judaism was accepted by Jews but any other form of magic was referred to as sorcery.

The Kabbalah ma’asit explained the mystical values of Hebrew letters and offered formulas for achieving closeness to God through meditation and name-recitation–all of which might be considered examples of Jewish incantations and spells. The rich demonological literature and elaborate angelology in the Kabbalah ma’asit further blurred the distinction between Jewish mysticism and Jewish magic. 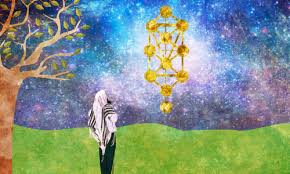 Judaism has had a long and tenuous relationship with magical beliefs and practices. Lists of prohibited magic appear at various junctures throughout the Bible, for example (Deuteronomy 18:10-11): \

“There shall not be found among you anyone who burns his son or his daughter as an offering, anyone who practices divination, a soothsayer, or an augur, or a sorcerer, or a charmer, or a medium, or a wizard, or a necromancer.”

Yet in other biblical contexts, practices that would seem to be similarly questionable — interpreting dreams, using magic staffs, reciting blessings or curses, and referring to oracles — figure prominently as suitable behaviors for Israelite heroes.

Moses and Aaron, for example, are celebrated for performing tricks that the Egyptian magicians could not match. The supernatural actions of Israelites–whose source of power is God–are welcomed; the actions of outsiders–whose power comes from sorcery–are derided.

The rabbis in the Talmud make a similar distinction. They oppose some magic as the “ways of the Amorites” (Mishnah Shabbat 6:10) while describing other magical acts with wonder and pride. In one talmudic story, the prestige of a sage is significantly enhanced when it becomes apparent that hisTorah knowledge gave him supernatural powers that stopped a house from collapsing (Yerushalmi Ta’anit 3:11).

An anti-magic current in Jewish thought continued in the Middle Ages, and was expressed most strongly by the great rationalist Maimonides. Though he accepted that astrology has the ability to influence human behavior he declared that it, as well as other forms of magic, was an out-of-bounds and dangerous superstition, explicitly forbidden by Leviticus 19:26, “You shall not practice augury or witchcraft.”

Though historians have dispelled most of the allegations of nefarious Jewish sorcery, there is ample evidence that medieval Jews considered certain magical practices to be legitimate and embraced these wholeheartedly. Around the 13th century, Kabbalah (Jewish mystical literature) split into two branches: iyyunit (theoretical) and ma’asit (practical).

This is just the beginning of decoding Kabbalah and its vast body of writings and concepts. 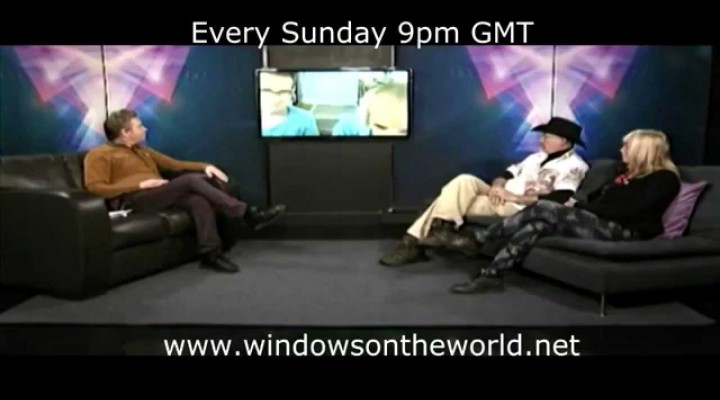 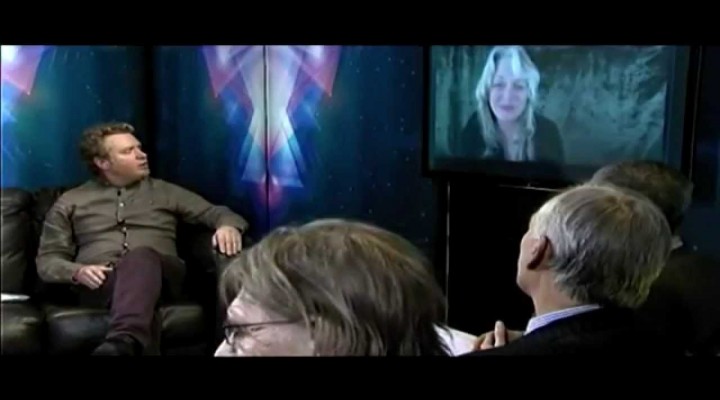