An impoverished person who is supported at public expense; an indigent litigant who is permitted to sue or defend without paying costs; an impoverished criminal defendant who has a right to receive legal services without charge. The statutes of the several states make ample provisions for the support of the poor.

This description means that we are all Paupers as we all accept the benefit priveleges of the Parish or State. We are eligible for Welfare, Taxation, Pension, Imprisonment, Bills, Fines and Charges, even Legal Aid (if we can get it).

Therefore we are all supported at Public Expense.

The assumptions made through The Poor Laws of the 1600s made us a Ward of the Parish and also Paupers.

The Home Office when asked do not know what the P stands for (they stated it stood for Electronically Readable Passport even though it still says P on pre electronic readable passports, other reports stated that it stood for Personal)

The historical origins of the Settlement Certificate were the updated Passport and National Insurance Number and now Universal credit and ID rolled into one.

A Certificate of Settlement from 1662 (by 1836 known as A Birth Certificate) had to be carried and if the carrier was vagrant or unable to find work they would be forced by the Parish to wear a band with P on their right arm. They could then enjoy the benefits of the Workhouse. 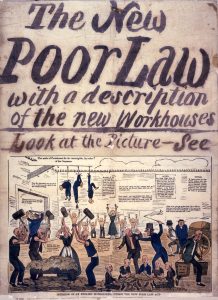 “All governors of shires, cities, towns, hundreds, hamlets and parishes, shall find and keep every aged, poor and impotent person, which was born or dwelt three years within the same limit, by way of voluntary and charitable alms in every of the same cities and parishes, and with such convenient alms as shall be thought meet by their discretion, so as none of them shall be compelled to go openly in begging.

“And also shall compel every sturdy vagabond to be kept in continual labour.”

“Children under 14 years of age, and above 5, that live in idleness, and be taken to begging, may be put to service by the governors of cities, towns, and to husbandry or other crafts or labours.

“A valiant beggar, or sturdy vagabond, shall at the first time be whipped and sent to the place where he was born or last dwelled by the space of three years, there to get his living; and if he continue his roguish life, he shall have the upper part of the gristle of his right ear cut off.

“And if after that he be taken wandering in idleness, or doth not apply to his labour, or is not in service with any matter, he shall be adjudged and executed as a felon….”

The poor were considered default property of the church.

Charles II of England furthered the Poor Laws and The Settlement and Poor Relief Acts of 1662 saw the issuing of Settlement Certificates.

These were equivalent to a birth certificate, passport and social security number in one document.

A child’s birthplace was its place of settlement, unless its mother had a settlement certificate from some other parish stating that the unborn child was included on the certificate. After the age of 7 the child could be apprenticed and gain a settlement for itself through indentured service’

Under the Settlement Act (1662) and Poor Relief Act (1662), it was
forbidden to move from town to town without the appropriate “Settlement Certificate”. The Pauper could be examined and allowed to stay if he could support himself or be Removed.

The  Poor Relief Act 1662
It was  an Act for the Better Relief of the Poor of this Kingdom  and is also known as the  Settlement Act  or, more honestly, the  Settlement and Removal Act. The purpose of the Act was to establish the parish to which a person belonged (i.e. his/her place of “settlement”), and hence clarify which parish was responsible for him should he become in need of Poor Relief (or “chargeable” to the parish poor rates). This was the first occasion when a document proving domicile became statutory: these were called “settlement certificates”.

It gave a newcomer to a parish the right to a “settlement” and thus the right to poor relief — in any place where he had lived unchallenged for forty days. During this period, following complaint to the churchwardens, he could be ordered back to his place of last settlement, unless he was renting a property worth £10 a year. The upholding of this law, and its subsequent amendments, which only finally disappeared in 1948, led to more confusion, argument, and profits for the legal profession, than virtually any other piece of legislation. The law of Settlement has been described as possibly one of the worst laws ever passed by a British Parliament.

After 1662, if a man left his settled parish to move elsewhere, he had to take his Settlement Certificate, which guaranteed that his home parish would pay for his “removal” costs (from the host parish) back to his home if he needed poor relief. As parishes were often unwilling to issue such certificates people often stayed where they were  – knowing that in an emergency they would be entitled to their parish’s poor rate.

The 1662 Act stipulated that if a poor person (that is, resident of a tenancy with a taxable value less than £10 per year, who did not fall under the other protected categories) remained in the parish for forty days of undisturbed residency, he could acquire “settlement rights” in that parish.

However, within those forty days, upon any local complaint, two
Justice of The Peace oficers coud return the Pauper to their home Parish. Some benevolent JPs instructed them to remain hidden for forty days before revealing themselves.
This loophole was closed with the 1685 act (1 Jam II c.17) which required new arrivals to register with parish authorities. But sympathetic parish officers often hid the registration, and did not reveal the presence of new arrivals until the required residency period was over.
As a result, the law was further tightened in 1692 (3 & 4 Will & Mar, c.11), and parish officers were obliged to publicly publish arrival registrations in writing in the local church Sunday circular, and read to the congregation, and that the forty days would only start counting from thereon.
The Settlement Laws benefited the owners of large estates who controlled housing. Some land owners demolished empty housing in order to reduce the population of their lands and prevent people from returning. It was also common to recruit labourers from neighbouring parishes so that they could easily be sacked. Magistrates could order parishes to grant poor relief. However, often the magistrates were landowners and therefore unlikely to make relief orders that would increase poor rates.

gain settlement in a parish a person had to meet at least one of the following conditions:-
⦁ Be born into the parish.
⦁ Have lived in the parish for forty consecutive days without complaint.
⦁ Be hired for over a year and a day that takes place within the parish – (this led to short lengths of hire so that settlement was not obtained).
⦁ Hold an office in the parish.
⦁ Rent a property worth £10 per year or pay the same in taxes.
⦁ Have married into the parish.
⦁ Gained poor relief in that parish previously.
Have a seven-year apprenticeship with a settled resident.[5]

The Settlement Act was repealed in 1834 (under the terms of the  Poor Law Amendment Act 1834, which introduced the Union  Workhouse), although not fully. The concept of parish settlement has been characterised as “incompatible with the newly developing industrial system”, because it hindered internal migration to factory towns.[4]

The Act was intended to curb the cost of poor relief, and address abuses of the old system, prevalent in southern agricultural counties, by enabling a new system to be brought in under which relief would only be given in the workhouses, the awful conditions of which would deter most paupers from entering.

Here is our show: Are you a Pauper?

Appeal from Windows on the World: If you appreciate our tireless
and freely available work please make a donation.